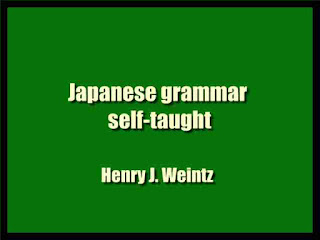 Excerpt from the author's introduction:
The scheme of this work is to provide a complete manual of the Japanese language rather than a phrasebook for travellers and others temporarily visiting Japan. Such visitors have not been overlooked, however, for a large number of Conversational Phrases and Sentences, conveniently classified, have been added, (including many of those running through the Self-Taught Series), together with full Vocabularies alphabetically arranged.
The Publishers propose to develop these sections for issue under the title of " Japanese Self-Taught."* The Japanese people, by their intelligence, energy, and enterprise — so remarkably displayed of late years — have raised their country to a prominent position amongst the Nations of the World, both politically and commercially.
A great and growing interest, fostered by our recent alliance with its government, is being manifested towards " and there is a growing necessity for a simple and inexpensive handbook of the Japanese Language, which the present volume is designed to meet. The work is carried out in the Roman character, as for all practical purposes of international communication the Roman alphabet is being steadily adopted by the Japanese themselves.
The native characters are however given, together with the rules of transliteration and a number of illustrative examples, so that the student may possess himself of the key to native literature. Japanese is usually looked upon by Europeans as being terribly difficult to learn, but in reality, it is extremely easy
The proposal to issue a second volume of Japanese under the title of " Japanese Self-Taught," referred to in the Preface of this book — see opposite page — has now become an accomplished fact, and in the new volume the Publishers have carried out the idea of issuing a conversational phrasebook, consisting of the classified sentences in English and Japanese comprising Part II. of the first edition of " Japanese Grammar Self- Taught," together with a large number of classified Vocabularies. Throughout the work, the pronunciation of the Japanese words has been added in accordance with Marlborough's well-known and popular system of phonetics, so that each page is arranged in three columns, viz., the English, Japanese (romanized), and the phonetic pronunciation respectively.
Space thus set at liberty in the Grammar has been filled by inserting three new sections of useful Exercises, as follows: — A. Exercises for translation, in English and Japanese alternately, with Key. B. Reading Exercises, interlined with the English phonetic pronunciation, and with Key. C. Additional Extracts (short) from Japanese works, with translation.
Exercises for translation (section A), consist of conversational sentences of a most practical and useful character, and both the Exercises proper and the Key may be used for translation, each forming the key to the other. For this new matter, the Publishers are indebted to Mr J. Fife Mortimer, who for many years has made a special study of the Japanese language and literature. The two works now form " a very comprehensive and " useful manual of the Japanese language, for students, "commercial men and traders, missionaries, travellers, and "tourists." (See Preface, "Japanese Self-Taught. ") They may be obtained bound together in one volume, entitled "Japanese Self- Taught and Grammar."
the book details : Download