A political history of the United States 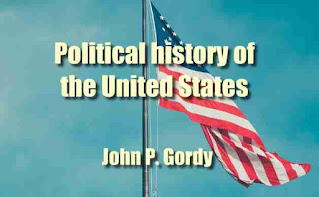 In presenting this edition of the History, the author desires to state that since the first publication of the work liis further studies have led him to the conclusion that the political philosophy of Alexander Hamilton was held by a small minority of the Federalists who determined the policy of the country up to the election of John Adams; that this philosophy, or rather the measures growing out of it, led to the overthrow of the party in 1800; and that there was little difference between the opinions of the majority of the Federalists at that time and those of the Republican leaders in 1815.
Not only has the work been reconstructed in accordance with that conclusion, many of the chapters being recast and others entirely rewritten, but it has been extended to embrace four volumes instead of three as originally intended. Practically a new production, therefore, it is offered as the result of the author's more exhaustive labours in this field of study, in the hope that it may prove helpful alike to the teacher, the student of civics, and that increasing class of Americans who, with an awakened sense of their citizenship in the greatest of republics would familiarize themselves with the political history of their country.
The author is under obligations to Professor J. A. Woodburn of Indiana University for pointing out some misstatements of fact, and to his own colleague, Professor J. V. Denney, and Mr Theodore F. Xeu of New York, for many improvements in the form of the work.

I. Without an Adequate Government 9
II. Attempts to Provide a Revenue 20
III. The Need of Power to Regulate Commerce 37
IV. On the Verge of Anarchy 52
V. Revolution or Dissolution? 61
VI. The Revolution of 1787 75
VII. The Antifederal Party 92
VIII. Alexander Hamilton ll53
IX. The Federalist Financial Policy lli
X. Thomas Jefferson 132^
XI. The French Revolution 159
XII. The French Revolution in American Politics 176
XIII. The Whisky Insurrection 201
XIV. Relations with England, 215
XV. Jay's Treaty 239
XVI. Monroe in France 265
XVII. The Extra Session of 1797 285
XVIII. TheX, Y, and Z Mission 299
XIX. The Alien and Sedition Laws 313
XX. The Kentucky and Virginia Resolutions 332
XXI. The downfall of the Federalist Party... 343 L
XXII. The Revolution of 1800 363 —
XXIII. Jefferson and His Cabinet 383
XXIV. The Dilemma of the Republicans 398
XXV. The Purchase of Ijouisiana _. 421
XXVI. The Northern Confederacy 439
XXVII. West Florida 460
XXVII. John Randolph 479
XXIX. Conquering Without War 495
XXX. The Berlin Decree and the Attack on the ' ' Chesapeake " 507
XXXI. The Orders in Council and the Milan Decree 527
XXXII. The Embargo 541
XXXIII. The Effect of the Embargo upon Napoleon,
Great Britain, and New England 556
XXXIV. Submission or War? 576
XXXV. Submission 586
the book details : Download 22.3 MB