A history of Japan 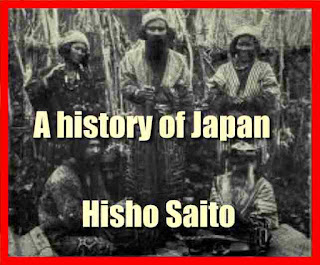 The Japanese are not indigenous to their land. They first came to their present home at the end of the bronze or the beginning of the iron age. Philological research decisively proves that the people who dwelt in the islands of Japan before the Japanese were the Ainus. Some attribute a Mongolian, others, especially European scholars like Balz and Chamberlain, of Caucasian origin to the Ainus. At the present time, about 17,000 Ainus live on the island of Ezo.
They form a contrast to the Japanese, for they are powerfully built, exceedingly hairy, and on a lower level of civilization. It is a question whether the numerous remains of the stone age found in almost every part of the Japanese islands are to be attributed to the ancestors of these Ainus, or to a people who inhabited the land prior to the Ainus. Most scholars, especially Professor Koganei, ascribe them to the Ainus The opposite view, however, based on important grounds, is held by Professor Tsuboi of Tokyo.
He thinks that these ancient remains point to a people before the Ainus, who were related to the Eskimos and identical with the Korpogurus, 1 the race of dwarfs that according to the Ainu legends dwelt in the land before them. The origin of the Japanese is also much disputed. It is certain that a race of people related to the Koreans and Manchurians, who had progressed beyond the stone age, and used weapons made of metal, gradually invaded Japan from the continent through Korea. It is possible that these invaders had some Ainu blood in them.
They clearly possessed marked Malay elements. Comparative philology divides the different Mongolian nations into two groups: those whose language is analytic, and those whose language is synthetic. The Japanese with the Koreans, Manchurians, Finns and Turks belong to the latter group.
In any case, they stand nearer it than the Chinese and Tibetans, whose language is analytic. The two most important sources of information for the ancient times of Japanese history are the Kojiki, i.e. chronicle of antiquity, and the Nihonshoki (abbreviated to Nihongi) i.e. written annals of Japan. The Kojiki contains merely the genealogy of the imperial family, without any chronological information. The Nihongi forms a supplement to the Kojiki; it is arranged in the form of .annals after the Chinese model. The handwriting of the Kojiki is Japanese, 1 Literally: people under the Indian plantain. Ainu while that of the Nihongi is Chinese. The former was written down in 712 A.D., the latter in 720 A.D., and both are by the same author. Even for a later time, we have only contemporary information to go on.
For since the author, with the exception of scattered Chinese and Korean sources which he used for the Nihongi, found his material for the earlier time solely in tradition, his information about the very earliest period is most untrustworthy. Both works, however, have a semi-official character; they were composed at the instigation of the Emperor, and thus caused the author purposely to falsify and invent in favour of the imperial dynasty.
In the opinion of Professor Yonekichi Miyake authentic history begins with Suiko-Tenno (33rd Emperor 592 B.C. — 628 B.C.) and the period of the 26th Emperor Keitai-Tenno (507 B.C. — 531 B.C.) stands out more clearly from the earlier legendary times and may be compared with the dawn. It is not possible to make any sharp division between history and legend in those ancient times.
Only the following facts can with certainty be regarded as historical for those early years: the unity of the imperial dynasty from the beginning of the Japanese state; wars with the savage races already settled in the islands; wars with the Koreans and the temporary overthrow of their country, and as a result, the introduction of Chinese culture and civilization. But the ancient traditions of the early period are of sufficient interest for some account of them to be given here.
The book details : Download 10 MB