From Max Weber: Essays in sociology 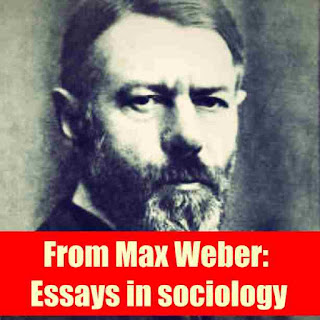 One hundred and fifty years ago A. F, Tytler set forth three Principles of Translation: To give a complete transcript of the original ideas; to imitate the styles of the original author, and to preserve the ease of the original text. In presenting selections from Max Weber to an English- reading public, we hope we have met the first demand, that of faithfulness to the original meaning.
The second and the third demands are often disputable in translating German into English, and, in the case of Max Weber, they are quite debatable. The genius of the German language has allowed for a twofold stylistic tradition. One tradition corresponds to the drift of English towards brief and grammatically lucid sentences. Such sentences carry transparent trains of thought in which first things stand first. Friedrich Nietzsche, Georg Christoph Lichtenberg, and Franz Kafka are eminent among the repre- sentatives of this tradition.
The other tradition is foreign to the tendency of modern English. It is often felt to be formidable and forbidding, as readers of Hegel and Jean-Paul Richter, of Karl Marx and Ferdinand Tonnies, may testify. It would hardly do to classify the two traditions as 'good' and 'bad.' Authors representing the first believe in addressing themselves to the ear; they wish to write as if they were speaking. The second group ad-dress themselves to the eye of the silent reader. Their texts cannot easily be read aloud to others; everyone has to read for himself. Max Weber once compared German literary humanism to the education of the Chinese Mandarin; and Jean-Paul Richter, one of the greatest of German writers, asserted that 'a long period bespeaks of greater deference for the reader than do twenty short sentences. In the end the reader must make them over into one by rereading and recapitulation. The writer is no speaker and the reader is no listener. . .' ^ 1 Vorschule der Aesthetik, p. 382, Sammtliche Werke, Vol. 18 (Berlin, 1841).
It is obvious that this school of writing is not what it is because of the inability of its practitioners to write well. They simply follow an altogether different style. They use parentheses, qualifying clauses, inversions, and complex rhythmic devices in their polyphonous sentences. Ideas are synchronized rather than serialized. At their best, they erect a grammatical artifice in which mental balconies and watchtowers, as well as bridges and recesses, decorate the main structure. Their sentences are gothic castles. And Max Weber's style is definitely in their tradition. Unfortunately,

1. The Prestige and Power of the 'Great Powers,' 159
2. The Economic Foundations of 'Imperialism,' 162
3. The Nation, 171
VII. Class, Status, Party, 180
1. Economically Determined Power and the Social Order, 180
2. Determination of Class-Situation by Market-Situation, 181
3. Communal Action Flowing from Class Interest, 183
4. Types of 'Class Struggle,' 184
5. Status Honor, 186
6. Guarantees of Status Stratification, 187
- 7. 'Ethnic' Segregation and 'Caste,' 188
8. Status Privileges, 190
9. Economic Conditions and Effects of Status Stratification, 192
10. Parties, 194
VIII. Bureaucracy, 196
I. Characteristics of Bureaucracy, 196
2. The Position o£ the Official, 198
3. The Presuppositions and Causes of Bureaucracy, 204
4. The Quantitative Development of Administrative Tasks, 209
5. Qualitative Changes of Administrative Tasks, 212
- 6. Technical Advantages of Bureaucratic Organization, 214
7. Bureaucracy and Lav/, 216
8. The Concentration of the Means of Administration, 221
— 9. The Leveling of Social Differences, 224
10. The Permanent Character of the Bureaucratic Machine, 228
11. Economic and Social Consequences of Bureaucracy, 230
12. The Power Position of Bureaucracy, 232
13. Stages in the Development of Bureaucracy, 235
V 14. The 'Rationalization' of Education and Training, 240
1X. The Sociology of Charismatic Authority, 245- I. The General Character of Charisma, 245 2. Foundations and Instability of Charismatic Authority, 248
3. Charismatic Kingship, 251
X. The Meaning of Discipline, 253
I. The Origins of Discipline in War, 255
2.. The Discipline of Large-Scale Economic Organizations, 261
3. Discipline and Charisma, 262
Part III: RELIGION
XL The Social Psychology of the World Religions, 267
XII. The Protestant Sects and the Spirit of Capitalism, 302
XIII. Religious Rejections of the World and Their Directions, 323
1. Motives for the Rejection of the World: the Meaning of Their
Rational Construction, 323
2. Typology of Asceticism and of Mysticism, 324
3. Directions of the Abnegation of the World, 327
4. The Economic Sphere, 331
5. The Political Sphere, 333
6. The Esthetic Sphere, 340
7. The Erotic Sphere, 343
8. The Intellectual Sphere, 350
9. The Three Forms of Theodicy, 358
the book details : Download 23.2 MB