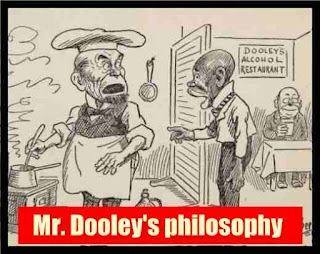 The reporter of these monologues would apologize for the frequent reappearances of Mr Dooley if he felt the old gentleman would appreciate an apology on his behalf. But Mr Dooley has none of the modesty that has been described as “ an invention for protection against envy,” because unlike that one of his distinguished predecessors who discovered this theory to excuse his own imperfect but boastful egotism, he recognizes no such human failing as envy.
Most of the papers in the present collection of the sayings of this great and learned man have appeared in the press of America and England.
This will account for the fact that they deal with subjects that have pressed hard upon the minds of newspaper readers, statesmen, and taxpayers during the year. To these utterances have been added a number of obiter dicta by the philosopher, which, perhaps, will be found to have the reminiscent flavour that appertains to the observations of all learned judges when they are off the bench. In some cases, the sketches have been remodelled and care has been taken to correct typographical blunders, except where they seemed to improve the text. In this connection, the writer must offer his profound gratitude to the industrious typographer, who often makes two jokes grow where only one grew before and has added generously to the dis- tress of amateur elocutionists.