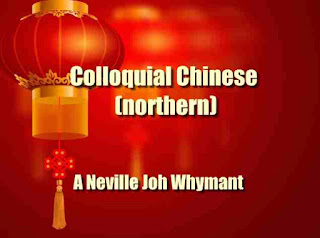 The following pages form really a sort of notebook of the Chinese language. There is no pretension to erudition. Simply has the writer found during some years of teaching experience in the two most difficult languages in the world that the student must form start to rely upon himself. If he would make real and sensible progress, he must make his own exercises from the raw material provided in the notes on construction and the vocabulary.
For this reason, exercises herein will be few and will serve as models for those of the student's own making. Should the learner feel that he stands in need of further practice with regard to exercises, he can make his choice from many excellent manuals easily procurable. The object in view throughout has been rather to eliminate matter than to assemble between two covers all that is known of the tongue.
here is an idea generally prevalent that only the genius with a lifetime of leisure can afford to devote himself to the study of the Chinese language. It is, however, a matter of experience that while the Written Style is undoubtedly the most difficult study in the world — so difficult, indeed, that no European has so far succeeded in producing a composition therein which could earn the approbation of a native — yet the Colloquial Style may be learned by anyone with ordinary acumen and perseverance in the same period that one devotes to the study of the elementary Latin, Greek, or French Classics.
Naturally, the genius of this tongue being totally different from that of English, many students invest their task with exaggerated difficulties and with bogies of all descriptions.
At the outset, the peculiar script used scares the would-be sinologue. The seemingly-endless lists of characters with the same sound and tone — the utter dissimilarity of Chinese, by virtue of which it stands in a class by itself from among all other languages, the peculiar rhythmic stress of each sentence as it slips from the tongue of a Celestial, the absolute precision of utterance demanded in order that one should be understood, all seem to be insurmountable obstacles in the path of the beginner.
Let him, however, take comfort from this fact; that many men of ordinary ability who found it impossible to acquire even the slightest knowledge of the written tongue have been fluent speakers of the colloquial.
The written character is understood throughout the eighteen provinces and in other parts of the Chinese Empire beyond such well-defined limits. There are, however, many colloquial variations, differing so widely from each other that it is no exaggeration to proclaim them distinct languages.
A Northener, attempting to make himself understood purely by means of the Colloquial among Southern Chinese, would encounter the same difficulty as a Briton, knowing nothing but his mother tongue, in the heart of Russia. This fact notwithstanding, Pekingese, or rather the tongue erroneously but generally known as Mandarin, is the lingua franca of the whole of the Northern provinces, and with but slight variations, of those of Mid-China. The substitution of '' K '' for initial " CH,'' and " TS,'' for initial '* CH,'' are indications of the change which takes place. It is for this reason that the dialect of the North is that generally taught, as its sphere of utility is much larger than that of any other of the Indo-Chinese languages.
the book details : Download 6 MB