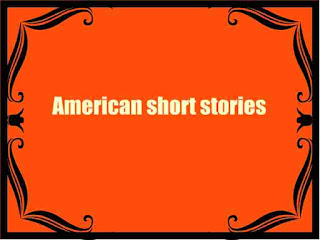 The object of this volume is not to collect the best American short stories. So delicate a choice may the more readily be left to time since it must include some authors now living. That dramatic concentration which is the habit of a hundred writers for our magazines today was extremely rare before 1835;  common before 1870; it has become habitual within the memory of its younger practitioners. This collection, then, seeks to exhibit, and the introductory essay seeks to follow and formulate,A a development.
The development from inchoate tales into that distinct and self-consistent form which, for lack of a distinctive term, we have tacitly agreed to call the short story is a chapter of American literary history. Influences from abroad and from the past, though they could not be displayed at large, have been indicted in the aspects that seemed most suggestive for research. The significance in form of Boccaccio's experiments, for example, because it has hardly been defined before, is proposed in outline to students of comparative literature. But the American development is so far independent that it may be fairly comprehended in one volume.
To exhibit this by typical instances, from Irving down, did not preclude variety alike of talents and of scenes. Indeed, that the collection should thus express many tempers — Knickerbocker leisure, Yankee adaptability, Irish fervour; and many localities, from elder New England to the new coast of gold, from the rude Michigan frontier to the gentle colonies of the lower Mississippi — makes it the more American. It is a pleasure to record my obligation to Walter Austin, Esq., for the rare edition of his grandfather's literary papers, and to the publishers whose courtesy permits me to include some stories valuable in copyright as in art.
Contents:
Introduction.--pt. 1. The tentative period: Irving, W. Rip Van Winkle. Austin, W. Peter Rugg, the missing man. Hall, J. The French Village. Pike, A. The inroad of the Nabajo.--pt. 2. The period of the new form: Hawthorne, N. The white old maid. Longfellow, H.W. The notary of Peʹrigueux. Poe, E.A. The fall of the house of Usher. Willis, N.P. The inlet of peach blossoms. Kirkland, C.M.S. The bee-tree. O'Brien, F.-J. What was it? A mystery. Harte, F.B. The outcasts of Poker Flat. Webster, A.F. Miss Eunice's glove. Taylor, B. Who was she? Bunner, H.C, The love letters of Smith. Frederic, H. The eve of the Fourth
Editor:   Charles Sears Baldwin
Publication date:: 1912
Download 9 MB