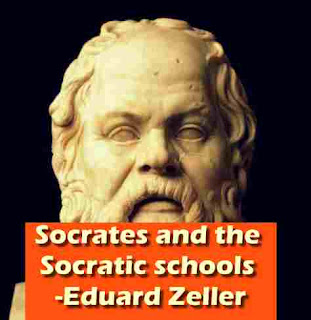 In offering to the English reader a new edition of that part of Dr Zeller's Philosophie der Griechen which treats Socrates and the imperfect Socratic Schools, the translator is not unaware of the difficulties of the task which he has undertaken. For if, on the one hand, such a translation be too literal, the reader may find it more difficult to understand than the original and expend labour in disentangling the thread of a sentence which were better spent in grasping its meaning.
If, on the other hand, too much freedom be allowed, the charge may be justly preferred, that the rendering does not faithfully represent the original.
The present translator has endeavoured to steer a middle course between these two extremes, aiming at reproducing the meaning of Dr Zeller's work, whilst reducing the sentences, where it seemed necessary, by breaking them up. In order to avoid inaccuracies, he has once more carefully gone over the whole,  that what is now offered as a second edition is really a new translation from the third German edition. The writer is well aware how imperfectly he has been able to realise his own standard of excellence; but believing that there is a large class of students who find it a work of toil to read Dr Zeller's in the original, he submits this attempt to meet their wants, soliciting for it a gentle criticism.

THE GENERAL STATE OF CULTURE IN GREECE.
CHAPTER I.
THE INTELLECTUAL DEVELOPMENT OF GREECE IN THE FIFTH CENTURY B.C.

INTRODUCTION. The problem proposed to philosophy . 2
A. The problem solved by political events
1. Political unsettledness . . . ... 2
2. Athens a centre of union f . . . .3
B. The problem solved by literature
1. The Tragedians. ^Eschylus Sophocles Euripides . . .. . . .. 4
2. Didactic Poetry. Simonides Bacchylides Pindar 21
3. The Historians. Herodotus Thucydides . . 24
4. Comedy. Aristophanes . . . . . 29
C. The problem was solved by new forms of religious worship
CHARACTER AND PROGRESS OF GREEK PHILOSOPHY IN THE FIFTH CENTURY B.C.