Spiritism; the origin of all religions 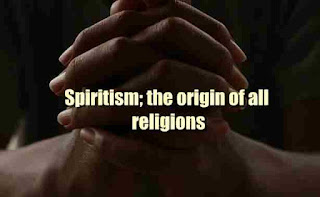