The science of sex regeneration 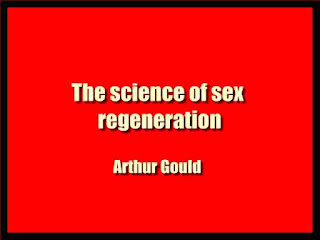 how to preserve and strengthen and retain the vital powers a study of the sacred laws that govern the sex forces priceless information for those that are ready for the true inner teachings on controlling the vital essence of the body, the secret of rejuvenation and remaining young and vigorous
There is some truth in the statement that it is harder for the young man to succeed today than formerly, but there are many new fields that are open that will yield great victories for the heroic souls. But the time of easy conquest has passed.
The most must now be made of natural talents and capabilities if success is to be attained. There is more room today than ever before, for leaders who have been thoroughly trained and who have great powers of concentration, persistence and physical and moral vigour.
There are bigger opportunities wait- ing for the man that can make good than ever before. But the chances for the man that dissipates are becoming less.
Life has become one big battle. Our powers are developed by the opposition. But strange as it may seem that which man should prize above everything else, his strength, the glory of manhood, is lost by abuse at an early age. 5 6 Preface to the Ninth Edition If you have drained away from your strength by bad habits or dissipation, or sapped your vital forces by excesses, it is time you stopped.
One cannot afford to be reckless, force nature to the undue effort, ruin his constitution by violating the laws governing sex life. If you do, the result will be disastrous and a complete giving out of the vital forces long before they should. You will save yourself from never-ending misery by reading this work first and then start to preserve your strength and retain your vital powers. Dr. Franklin L. Duboise has kindly supplied the material for the extra chapters from his own personal experiences and investigations
.You will find these extra chapters very valuable.. One of the most important problems of the day is the sex question. History records no period in which so much crime and in- sanity prevailed, nor in which unnatural sex practices were so widely indulged in as the present.
The tardy recognition of this fact in the present generation has given rise to a flood of literature on the subject, most of which is based on conjecture and has no practical value. In point of fact, the available knowledge on this serious subject is comparatively limited, and because of its delicate nature, not as readily accessible as information on any other subject would be. It, therefore, requires much intelligent study, as well as scientific research to arrive at anything like reliable conclusions. Of the many writers on this subject, each of whom believes himself to have found a solution to the vexed question, very few have the neces- sary equipment to deal with it intelligently, nor the time to give to the necessary research; and hardly any take into consideration the wide differences of character and temperament in those whom they would benefit.
The study of Biology has thrown much light on the sex question, but in studying it from the scientific standpoint only, there is the same objection as in studying it from the moral or ethical standpoint only; the point of 1 observation is one-sided and consequently, the conclusions arrived at are also one-sided. But in order to really be helpful to the people who most need this help, the conclusions on which advice and suggestions are based should cover each of these fields of investigation, corresponding to the threefold nature of man.
The viciousness and crime as well as the insanity, so prevalent in this day, are the logical harvest springing out of the unnatural sex relations of our artificial civilization. It is therefore of the utmost importance that true knowledge of facts relating to this fundamental condition of life, be disseminated. Once these facts are rightly understood, the race will materially advance Importance of Sex Knowledge 9 and produce a higher type of manhood and womanhood than is possible under the old conditions. It has long been believed that the natural seed of the race was uni-sexual, producing either male or female and that the instances of bi-sexuality found from time to time were abnormal developments, but later research seems to prove that the reverse is true and that the primary state was bi-sexual, the present single-sexed race being a development from that.
the book details : Download 9.7 MB