The prolongation of life 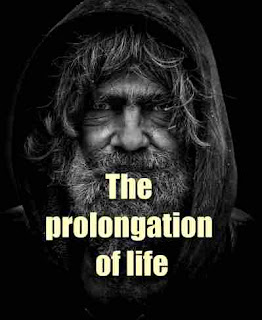 I am sure scientists will find some solution to make people's lives longer in the future but the question: "Do you really want to live 500 years?
In this book, Elie Metchnikoff who was a Russian zoologist tries to illustrate the problem of prolongation of life.
Contents of the book:
The investigation of old age.--Longevity in the animal kingdom.--Investigations on natural death.--Should we try to prolong human life?--Phycical rudiments in man.--Some points in the history of social animals.--Pessimism and optimism.--Goethe and Faust.--Science and morality.
Excerpt:
It is now four years since I wrote a volume, the English translation of which was called The Nature of Man, and which was an attempt to frame an optimistic conception of life. Human nature contains many very complex elements, due to its animal ancestry, and amongst these, there are some disharmonies to which our misfortunes are due, but also elements which afford the promise of a happier human life. My views have encountered many objections, and I wish to reply to some of these by developing my arguments. This was my first task in this book, but I have also brought together a series of studies on problems that closely affect my theory.
Although it has been possible to support my conception with new facts, some of which have been established by my fellow workers, others by myself, there still remain many sides of the subject where it is necessary to fall back on hypotheses. I have accepted such imperfections instead of delaying the publication of my book. Even at present, there are critics who regard me as in- capable of sane and logical reasoning. The longer I post-pone publication, the longer would I leave the field open to such persons. What I have been saying may serve also as a reply to the remark of one of my critics, that my ideas have been " suggested by self-preoccupation."
It is, of course, quite natural that a biologist whose attention had been aroused by noticing in his own case the phenomena of precocious old age should turn to study the causes of it. But it is equally plain that such a study could give no hope of resisting the decay of an organism that had already for many years been growing old. If the ideas which have come out of my work bring about some modification in the onset of old age, the advantage can be gained only by those who are still young, and who will be at the pains to follow the new knowledge.
This volume, in fact, like my earlier one on the "Nature of Man," is directed much more to the new generation than to that which has already been subjected to the influence of the factors which produce precocious old age. I think that thus the experience of those who have lived and worked for long can be made of service to others. As this volume is a sequel to The Nature of Man,
book details :
Download 11 MB - PDF ebook