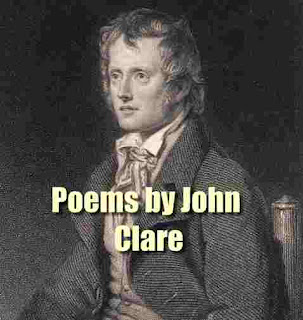 We are told in the introduction to a volume of poems by John Clare, published in 1820, 'They are the genuine productions of a young peasant, a day- labourer in husbandry, who has had no advantages of education beyond others of his class; and though poets in this country have seldom been fortunate men, yet he is, perhaps, the least favoured by circumstances, and the most destitute of friends, of any that ever existed.'
If the writer of the introduction had been able to look to the end of the career on whose outset he commented, he would have omitted the ' perhaps '.
The son of a pauper farm -labourer, John Clare wrote his earlier poems in the intervals of hard manual labour in the fields, and his later poems in lucid intervals in a madhouse, to which ill-health, over-work, and drink had brought him.
In a poem written before he was seventeen he had asked that he might Find one hope true to die at home at last, and his last words, when he died in the madhouse, were, ' I want to go home.' In another early poem he had prayed, seeing a tree in autumn, that, when his time came, the trunk might die with the leaves. Even so reasonable a prayer was not answered.
In Clare's early work, which is more definitely the work of the peasant than perhaps any other peasant poetry, there is more reality than poetry. I found the poems in the fields, And only wrote them down, as he says with truth, and it was with an acute sense of the precise thing he was saying that Lamb complimented him in 1822 on the 'quantity of his observation.
It is difficult to know how much of these early poems were tinkered for publication by the too fastidious publisher Mr Taylor, and what is most smooth and traditional in them is certainly not what is best.
The ballads and love songs have very little value, and there is often helplessness in the language, which passes from the over-familiar to the over-elevated. Later on, he would not have called the glow-worm 'tasteful illumination of the night', nor required so large a glossary of pro- provincialism.
As it is, when he is not trying to write like Burns, or in any way not quite natural to him, he gives us, in a personal and unusual manner, a sense of the earth and living things, of the life of the fields and farmyards, with a Dutch closeness, showing us himself,
John Clare was an English poet. The son of a farm labourer, he became known for his celebrations of the English countryside and sorrows at its disruption. His poetry underwent a major re-evaluation in the late 20th century: he is now often seen as a major 19th-century poet.
book details : Download Poems by John Clare - 5 MB