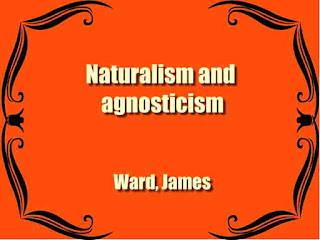 These lectures do not form a systematic treatise. They only attempt to discuss in a popular way certain assumptions of 'modern science' which have led to a widespread, but more or less tacit, rejection of idealistic views of the world.
These assumptions are, of course, no part of the general body of the natural sciences, but rather prepossessions that, after gradually taking shape in the minds of many absorbed in scientific studies, have entered into the current thought of our time. Though, as I believe, these prepossessions will prove to be ill-grounded and mistaken, yet they are nevertheless the almost inevitable outcome of the standpoint and the premises from which the natural sciences start.
If with the history of science and the results of science before us we pass straight on to the construction of philosophy, idealism has no chance. But, in truth, 'modern science' hardly needs to construct its philosophy; for, without any conscious labour on its part, the naturalistic view of the world seems to stand out clearly of itself. Figuratively speaking we have, as it were, the nebular hypothesis exemplified in the evolution of knowledge. (And for Mr Spencer, by the way, the exemplification is more than figurative.)
From an inchoate confusion of Grlaube and Aberglaube, of probable opinions and fanciful surmises, there gradually emerges the clear circle of the sciences, waxing brighter as it advances incoherence and continuity, while the void of nescience beyond grows too dark for shadows, too empty for dreams; till at length all there is to know finds a place in an un-broken concatenation of laws, binding nature fast in fate. Taking science as the touchstone of knowledge, "knowing- ing in the strict sense," as Mr Spencer calls it, we must admit that we do not know God or even see room for God at all. Such is the naturalistic contrast of science and nescience, on the strength of which Naturalism takes Agnosticism as an ally. But the agnostic opposition of knowable and unknowable is by no means identical with this contrast, and the alliance is proving ill-starred in consequence.
For the distinction of known and unknown, as science intends it, is, we may say, a mere objective distinction of fact; the distinction of knowable and unknowable as used by the agnostic, on the other hand, brings the knower himself to the fore, and entails an examination both of the standpoint and of the premises from which science, without any preliminary criticism, set forth. In other words, Naturalism is essentially dogmatic, whereas Agnosticism is essentially sceptical. But this strange liaison, though disastrous to Naturalism, has served to promote Idealism in sundry ways.
The old materialism has been repudiated and an agnostic or neutral monism nihilism some would call it has come into vogue in its stead. 'Modern Science' seems at this point in a dilemma; either this nondescript monism must lapse back into materialism or move on to spiritualism. But the relapse is difficult and the present position unstable. With these more strictly epistemological topics I have tried to deal in the second and shorter half of this work (beginning, that is, with Lecture XIV. Many who chance to glance at its contents, especially if they should be students of philosophy, may think that here was the place to begin and that the earlier and longer division of the book could be suppressed without much detriment to the justification of idealism that follows.
That the one half might have been expanded and the other contracted with advantage, I fully admit; and had it been any way practicable to recast lectures, delivered on five separate occasions, into one whole, such a readjustment might have been affected. But, in any case, it would have seemed essential to the writer's argument and purpose to discuss what has been called the real principles of Naturalism at some length. I take it for granted that till an idealistic (i.e. spiritualistic) view of the world can be sustained, any exposition of theism is but wasted labour. Such, at any rate, is the opinion of those who are dominated by naturalistic preconceptions, and that so far as these discussions are concerned is sufficient. But now, as already said, it is precise 'the solid ground of nature' science seems to present that makes idealism appear to the naturalist so fatuous or so futile, containing nothing but sophistry and illusion, leading to nothing but obscurity and confusion of ideas.' But is it a verily positive, fully orbed reality that modern science sets before us?
This is the question that leads us to examine the mechanical theory, the theory of evolution and the theory of psychical epiphenomena, the principles on which this supposed unity and completeness seem mainly to depend. Naturalism, we find, though rejecting materialism, abandons neither the materialistic standpoint nor the materialistic endeavour to colligate the facts of life, mind, and history with a mechanical scheme.
But the compact of Naturalism with Agnosticism, like the legendary compacts with the devil, to which Lange happily compares it, costs Naturalism, as it turns out, its entire philosophical existence. In order to be free of ' metaphysical quagmires ' such as the ideas of substance and cause, it is led to reject the reality not only of mind but even of matter; and in this state of ideophobia must collapse, for lack of the very ideas it dreads.
the book details : Download 21.5 MB