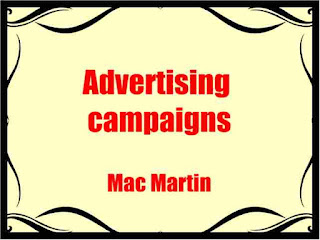 In Modern Business Texts the study of advertising is divided into three parts. First, in the Text on "Marketing and Merchandising," there is a complete presentation of the things that have to be considered by anyone who has anything to market before he sends out his salesmen or prepares his advertising. That Text treats the plan behind the campaign. After a manufacturer or dealer has studied the things that must precede any selling campaign — trade relations, the product, the market and the methods of reaching the market — he decides to use either personal salesmanship or advertising, or both, to sell his goods.
The Text on "Advertising Principles" shows what advertising can do for his business, guides him in choosing the right advertising appeal and treats of what may be called the technique of advertising, writing the copy, preparing the illustrations and getting the advertisement before the public.
There is much more to advertising, however than the making of a preliminary study and the writing of advertisements. The advertiser has to consider problems of organization, methods of identifying his goods, his relation with agencies, the selecting of mediums, distribution, dealer cooperation and a host of other things, all of which have an important part in the complete campaign.
The present Text deals with the many essential parts of an advertising campaign that have not been considered in preceding Texts in the Modern Business Series. It gathers all the di- verse considerations of the advertisers shows their relation one to another and binds them into a unified whole.
throughout the Text, the point of view is chiefly that of the manufacturer because the manufacturer's advertising campaign is inclusive of all advertising problems — his dealers' as well as his own. Most of the subjects treated, therefore, will be of interest to the dealer as well as to the manufacturer. Mac Maktix.
Some contents:
CHAPTER I
THE PURPOSE OF THE CAMPAIGN
1. The Struggle of Business
2. The Campaign a Modern Development.
3. Objects of Campaigns
4. The Time Required
6. Effect of the Campaign on the Advertiser
6. Effect of the Campaign on Salesmen
7. Effect of the Campaign on Dealers.
8. Effect of the Campaign on Consumers.
9. Effect of the Campaign on the Product
10. The Campaign as a Great Educator.
11. Advertising and Selling Expense.
12. Campaigns that Cut Manufacturers' Costs
13. Campaigns that Have Cut Retailers' Costs
14. Experience the Best Guide
CHAPTER II
ANALYSIS OF DEMAND AND COMPETITION
1. Preliminaries of the Campaign 18
2. Developing Demand 19
3. Educational Campaigns 19
4. Diverting Demand 20
5. Demand and tlie Repeat Element 22
6. Advertising with the Season 2
viii ADVERTISING CAMPAIGNS
7. Advertising Against the Season 24)
8. Competition 25
9. Comparison of Good-Will 26
10. Comparison of Advertising 27
11. Studying a Competitor's Folio w-Up .... 28
12. Correcting Errors by Studying Competitors . . 29
13. Comparison of Sales Policies 30
14. Comparison of Freight Advantages .... 31
15. Relative Importance of Competitors .... 31
the book details : Download 12.3 MB