The Rubaiyát by Omar Khayyam 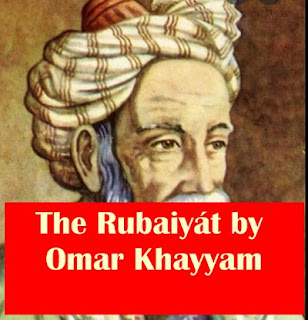 This translation of the Lucknow edition of the Rubaiyat of Omar Khayyam has been the work of otherwise idle moments for nearly thirty years. Much of it has been done when in camp or in other situations where no works of reference were available. I have, however, subjected it to some revision, and hope that the most important errors have been corrected and that it now presents a fairly accurate idea of the original meaning.
I think that the great majority of the quatrains are, if not a literal, at least a fairly close rendering of the original text, but I have not hesitated to add expressions not to be found in the original where it seemed to be clear that anything like a simple translation of the original words would not convey the same ideas as the Persian. I have ventured to depart altogether from accepted translations in a few instances, such as in quatrain 67, where I think " Chishti " is certainly " spear," and not, as it has been usually rendered, " brick."
The endeavour to check the flood with a spear seems to be a much more natural example of vain endeavour than to throw bricks upon it. Again, in 271, though the original only says that sight is given to the eyes of the dewdrops,
yet, taken with the context, I have felt justified in serving the needs of rhyme by speaking of the flower's thanks for newborn life. Also, I think that one of the salient ideas of the quatrain, the rising of Christ in the birth of the seed that was sown, has hardly been sufficiently recognised. I may, however, mention that I believe the Lucknow text differs from others in a good many quatrains.
There is, of course, much repetition, but though this greatly increases the difficulty of any attempt to render into verse without constant repetition of the same phrases, I think that, on the whole, translation repays the effort. There is generally something new to be found. Several quatrains are probably not genuine.
For instance, No. 7 is found in El Maghrabi, who is probably the real author, but I have taken the work as I found it. I have departed from the ten-syllable line in many in- stances, and have even exceeded the limits of the Rubai, but I can only urge in extenuation that I have found the endeavour to turn 762 quatrains of Persian into 762 quatrains of English a task of great difficulty, and I hope for the indulgence of those who may care to read.
book details : Download The Rubaiyát by Omar Khayyam - PDF ebook- 4.7