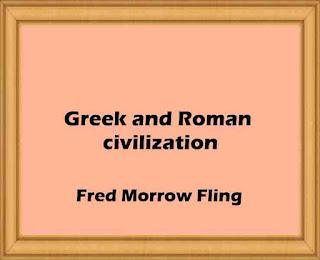 The pedagogy of the last half of the nineteenth century differs both in the matter and in method from that of the first half. Our age is scientific above all things, and this spirit has permeated, one by one, all branches of instruction.
The change in the matter has consisted in a revolt against the claims of the classics to a monopoly of all knowledge and all discipline. The revolt was successful and the classics were relegated to their proper place in the new curriculum. Henceforth they are to form and not the whole of education.
The breach thus made new studies entered demanding their share of attention. In truth, some of them demanded more than their share, and for a time, under the influence of the reactionary spirit, the movement threatened to go too far in the opposite direction and to abandon the classics entirely. But the new matter was not more important than the new method. With the sciences came the scientific spirit and the laboratory method.
The old method, or lack of method, presided at the birth of the new studies, but the textbook recitation was at first supplemented by experiments performed before the cl^ss, and at last by exponents performed by the class, and the clause was complete.
That the laboratory method was the only method to be employed in teaching the sciences was quite clear; that it had a universal application and might be as readily employed in teaching oilier subjects, not generally recognized as sciences, was not so clear.
The result of this apparent inability to understand the great possibilities in the new method has been a marked absence of progress in the teaching of certain subjects. History, unfortunately, is one of these. I say ''unfortunately," for I know of no subject whose right teaching is of more importance, especially for the people of a democracy. And yet it was but natural that history should be one of the last subjects to feel the touch of the scientific influence.
Its subject was commonplace — humanity; its material — the everyday objects found under the hands and eyes of every human being. Neither subject nor material lent itself readily to scientific treatment. The impulse to change generally comes from the top and it was only in the last generation that the historical method was sufficiently developed to make it possible for the great teachers of history to give that impulse.
But at last, the impulse has been given and is making its wa3^ through our whole system. Up to the present time, however, it has made the greatest progress in the universities and better colleges and has not produced a very deep impression upon the secondary schools. Yet the signs are not lacking to prove that the time has come for energetic and systematic work in the grades below the college. As an aid to this work, the following "source" extracts have been prepared, with an introduction to the method and its application in secondary schools.
Contents:
book details : Download