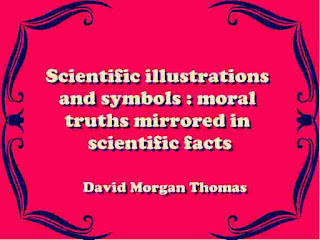 This book is an assemblage of striking and interesting scientific facts, arranged so as to be of immediate use to men who require ti suggestive topic, a forcible analogy, a cogent symbol, or a suitable illustration. It may also be pleasant reading to busy lovers of Nature who are glad to spare half-hours from time to time in contemplating the marvels of Creation.
Anecdotes have long been used to illustrate moral truth, but scientific facts are often preferable. Clergymen and ministers are finding out that their hearers are somewhat tired of such of the former as are drawn chiefly from the sentimental side of life and do not rest upon the reliable historical foundation.
Scientific facts being revelations of Nature herself are not open to cavil. Nature is a parable; and if we listen with reverent, loving ears, and look with sincere, eager eyes where she invites us, we receive eternal truths. Every pond, and every star, has its distinctive lesson ready for the man who will learn it. Professor H. Drummond in his suggestive work speaks of "natural law in the spiritual world." From my point of view, these terms should be reversed. Spiritual law is the one and only law.
The universe is merely the mirror thereof. As regards the mechanical arrangement of the present volume, it is such as should render rapid reference to every part quite easy. All kindred topics are grouped throughout their pages together. Besides this, there is at page 407 an alphabetical index of all the general topics; and on page 416 an index of natural objects, technical terms, places, things, and creatures.
In the third place, there is also a list of the books from which various important facts have been culled, and an explanation of those abbreviations which are used throughout these pages to indicate the respective responsible authorities. It is to be distinctly understood that no author whom I have quoted is ever responsible for any illustration, symbol, analogy, deduction, inference, or comment which I have anywhere made,
The references, which for convenience are placed at the end of the topics, leave all such responsibility with me, and only indicate the source whence the facts are derived. In every instance except that of merely common knowledge, I designate by the abbreviation the name of some authority to whom I am indebted for my information, and who may be regarded as eminently trustworthy.
Wherever it has seemed necessary I have given his very words. I thought it better to do so than to curtail them; because, whilst it is unnecessary that any application of a particular fact should be more than a few hints, it certainly is requisite, in an important instance, that the fact itself should be stated with precision by the most competent person, so that any speaker who uses it may be thereby made master of his subject. With a view to condensation I have, whenever possible, compressed the moral application of my facts into the denoting headings of the paragraphs.
20 MB pdf PDF ebook