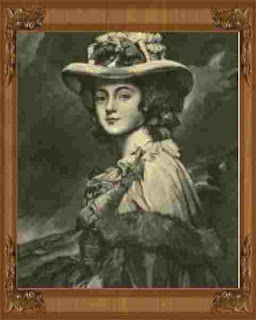 THE BURLINGTON FINE ARTS CLUB has done its fair share of work in drawing attention to the beautiful art of mezzotint engraving. In 1872 there was an exhibition of Turner's Liber Studiorum; in 1881 a general exhibition showing the best available specimens of work of all the most eminent mezzotint engravers; in 1886 a special show was arranged of the work of James MacArdell, an Irishman, one of the finest of our engravers in this manner; and in 1902 yet another exhibition was got together. This time a special style and a special period were illustrated, namely the portraits executed in England from about 1750 to about 1830, among which are to be found the finest examples of engraving in mezzotint. The greater number of the prints shown at the last exhibition belonged to the late Lord Cheylesmore, who has bequeathed his magnificent collection to the nation.
The collection of mezzotints at the British Museum was already very rich, but more particularly in the earlier examples, and although specimens of the work of most of the engravers represented in the Cheylesmore bequest were to be found, yet our national collection was certainly weak in them, and we can heartily welcome the addition of the very large number of splendid prints added to it by this bequest.
I think it is safe to say that the British Museum now possesses the finest collection of mezzotint engravings in the world and that no important engraver is entirely unrepresented. As to the artistic value of mezzotinting. Sir Joshua Reynolds is said to have given his opinion that it is the best calculated of all the various styles of engraving to express a painter-like feeling, especially in the case of portraits. I do not think that mezzotinting is a lost art.
There are several engravers living who are able to execute beautiful work in the old style, and there are signs that a new style may possibly be evolving itself, the terms of which may be found in some of the work of Mr. Frank Short, as well as in that of Mr. R. S. Clouston. I do not allude to the engravings that these gentlemen have engraved purposely in the old manner, such as Mr. Short's fine plates of the Liber Studiorum, but to those which they have done independently after their own fashion, and in these cases, there is much similarity of treatment in the work of these two artists. I feel that if mezzotints mean to keep their supreme position as the finest form of engraving upon metal, they should be engraved upon copper, and the copper should never be steeled.
If an engraver chooses to take the trouble to engrave a mezzotint upon steel, let him say so on his plate as, say, Lupton and Lucas did; there is no objection to it, and a purchaser would value the knowledge it is a proper thing to do. But although the publisher, and possibly the artist, like the large editions which a copper plate, steeled, can supply, it nevertheless seems to be a wrong towards the public, as well as a bad thing for the esteem in which the engraver hopes to be held by future generations.
If J. R. Smith's ' Mrs. Carnac ' had been printed from a steeled plate, it would not have been so highly esteemed as it now is. Another important point concerns printing. I think every mezzotint engraver should make his own prints, and not only superintend the process as much as the printer will let him.
The inking of a mezzotint plate is the most important process, and the proper person to do it is the engraver himself. Rembrandt printed many of his etchings, and like Rembrandt, every mezzotint engraver should have his own printing press in his own house. Other great etchers besides Rembrandt have done the same. The engraver alone knows what latent power lies in his engraved copper or steel, and he alone ought to be responsible for the exact effect which is seen on each print from it, but as things are now, he cannot, in most cases, properly be held so responsible, because he has had little to do with it.
Download  PDF ebook 8.6 MB