Hell Comes on the Wind 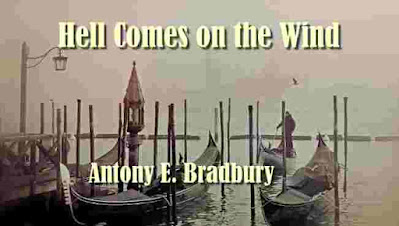 Historical novel. Set in 1065-66.
This was a very sweet tale of two young boys, well men really who had lost everything. Yet these brothers gained self-knowledge and the respect of most all those they encountered. In parts, the book was hilariously funny, yet in other parts it was cruel; too cruel.
I guess that when you are dealing with real-life almost a thousand years ago then cruel was all there was, even, it would seem, for the nobility.
The horrid moments were tempered by the gentle compassion the brothers showed toward the underdog, even if it did mean they're risking their own lives to help others.
The story was long, and the many sub-plots really helped one to understand what was going on in the various facets of this tale. The nice thing was how these various facets inter-weaved to make the story cohesive. Everyone knows the outcome of the battle fought at Hastings in 1066, but the writer made you believe that the Saxons were going to win. He had, obviously, to have the Saxons lose the battle. But what was happening with the two French brothers? Did they survive? You have to read the story to find that out, and I'm not going to spoil the story by telling you.
- Review by The Girl Next Door
Mr. Bradbury has a unique writing style that I found fascinating and rational. Gripped indeed, not only by the writer’s audacity but also by his sound reasoning and intellectual capacity to write historical fiction that merged in so well with the factual characterizations of those we thought we knew so well. Many writers fail to breathe enough life into their puppets, preferring to compound their own egos’ into their characters. The author has made serious attempts to avoid this error, taking much trouble to personalize individuals so that none of the protagonists is an extension of the author’s personality.
- Review by Gab Turner
This is the first novel by Antony E. Bradbury and he shared for free and asking you for reviews.
Download PDF ebook