An encyclopedia of freemasonry 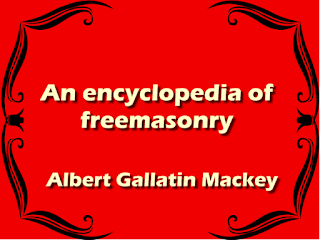 Published in (1889) by Freemason authors:  Albert Gallatin Mackey, and Charles T. McClenachan
An encyclopedia of freemasonry and its kindred sciences: comprising the whole range of arts, sciences and literature as connected with the institution;