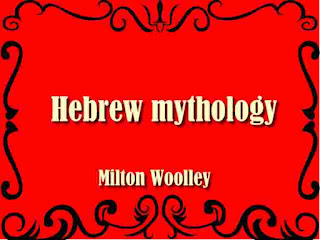 Human nature in every age and country is very much the same; though modified to some extent by the circumstances of time, place, and degree of civilization. Hence the general resemblance of all the cosmogonies or creations found in the various mythologies of the world — the Hebrew not excepted. Impressed by these sentiments, I became strongly convinced that all were framed, in all their details, on the same general plan. Accordingly, nearly seven years ago, when turned off my sixtieth year, I began the study of the Hebrew language in order to discover, if possible, the lost key, by whose aid I might recover the rich treasure so long locked up from public view.
My endeavor was, as I believe, crowned with success as complete as one could desire — a success amounting in fact to actual demonstration, as many, if not most of my readers will come to see and acknowledge. The labor of the study and composition of my work, though difficult, long, and tedious, was one of love — of love, first, because of the intellectual enjoyment experienced in this most varied and interesting study of man's nature and motives — and second, because of the prospective good which may accrue, as the result of my investigations, to my fellow-citizens throughout the world.
That the foundation of my system is stable and able to resist any attack of criticism, I do not entertain a doubt, as its truth is based on my philological analysis of the word Elohim, and also on any amount of corroborative evidence. On this score, I may defy the assaults of criticism. Among the details of my expose, there may be, and doubtless are, some errors, or what may be deemed such. These may furnish food for the small critic.
My foundation, then, being established, its superstructure, if at all damaged, maybe readily repaired. I trust, however, that my exposition will prove in the main correct. The person who shall attempt its overthrow will, of course, first undertake to do away with my analysis of the word Elohim, and so upset the rules of the Hebrew language. His next care should be to ac- count for the uniform ease and facility with which my system proceeds to unravel each and all, even to the most difficult, problems of the Old Testament; none being omitted because of their intricacy. Thus he will find plenty of work, — more perhaps than he bargained for, or can hope to execute. Science is ever progressive, and but for theology, would become more general among the people, much to the advantage of all.
As the case now stands, the very poor, except occasionally an individual of indomitable will (and of such come the most useful of every age and country), are completely shut off from science. The middle, but not wealthy, class are obliged to spend all they can spare in church-going, to find themselves at the end of a long life, as ignorant, almost, as at its beginning. Only the wealthy can afford to give their offspring a classical and scientific education. For this inequality of condition, a remedy should be provided. If knowledge is desirable and useful, as most people allow, its benefits should extend as far as possible to all. How we may this be done?
Let the same amount of money, and time, and assiduity, now spent in church-going, in reading and commenting on the myths of the Bible, be spent in seeking out and cultivating the improvement of the poor and middle classes — in teaching them science, which they can understand, thus elevating them in their own estimation, and we shall have done for them and ourselves a lasting benefit; we shall have made them more intelligent, more industrious, more useful and better citizens —rendered their homes more desirable, their families happier, and the world altogether better. The grog shop, the brothel, and all the paraphernalia therewith connected would be cast aside, and crime of every description would quickly reach its minimum. Y
es, let our churches be turned into halls of science, our preachers into teachers of the same, with apparatus for its illustration, and people of all classes would flock thither, eager to possess themselves of knowledge, — eager to join themselves in one universal brotherhood. Ah! then we would have more teachers and fewer priests; more educated, and fewer ignorant; more books, and less whiskey; soberer, and fewer drunken; more moral, and fewer criminal — in fine, more of everything conducive to the ease, comfort, and enjoyment of the whole people, and less of misery,
disease, and premature death.