Complete Hypnotism by A. Alpheus

mesmerism, mind-reading, and spiritualism: how to hypnotize, being an exhaustive and practical system of the method, application, and use by A. Alpheus. 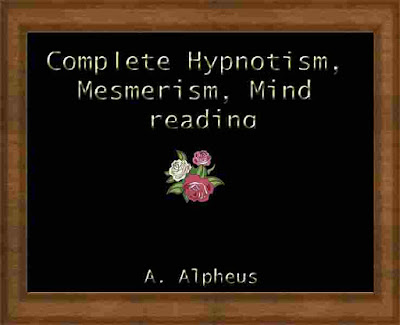