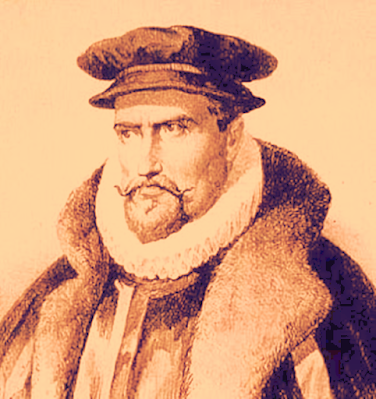 The present volume commences with the first part of the History of the Discovery of the Austria Regions. It describes the second voyage of Mendana in much detail, including the discovery of the Marquesas Islands and of the island of Santa Cruz, the death of Mendana, and the terrible passage from Santa Cruz to Manilla. It is certainly a most extraordinary story.
In the work entitled Hechos del Marques de Cafiete, a life of one of the Viceroys of Peru, by Cristoval Suarez de Figueroa, 1 Book VI contains an abbreviated version of the narrative in the Historia^ generally copied word for word. Numerous details are omitted, particularly such as are derogatory to the Spanish character.
There are also a few passages that are not in the Historia, but none having any bearing on the events of the voyage. Suarez de Figueroa tells us that he had the narrative of Quiros before him as he wrote. For these reasons I have considered it unnecessary to translate the version of Suarez de Figueroa, as it is merely a mutilated version of the narrative in the Historia. The account in the work of Suarez de Figueroa was the only version of the second voyage of Mendana that was known to our historians of Pacific voyages, Dalrymple and Burney.
There is a short report of the second voyage of Mendana, to Antonio de Morga, the Governor of the Philippines, by Quiros himself. It was translated and printed by Lord Stanley of Alderley, in his edition of the work of Antonio de Morga (Hakluyt Society, 1 868).
I have caused it to be reprinted in this volume, in order to make the monograph of Quiros complete. For the voyage of Quiros in 1606, when he discovered 1 I have given an account of Suarez de Figueroa and of his works in a footnote to my translation of the Spanish account of the capture of Sir Richard Hawkins, also taken from the Hechos del Marques de Canete.
Pedro Fernandes de Queirós was a Portuguese navigator in the service of Spain. He is best known for his involvement with Spanish voyages of discovery in the Pacific Ocean, in particular 1595–1596 ...
Download 15 MB PDF book