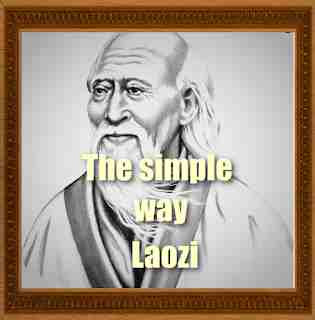 In introducing to the public the Third Edition of Laotze's " Simple Way," the writer begs to express his appreciation of the favourable reception accorded to this translation of the celebrated work of the Chinese sage and desires to take the opportunity to offer a few brief comments on the precise meaning of the title of the work, which appears to have led in certain instances to some misapprehension. A great deal has been heard of in late years about the Simple Life, which everybody appears to advocate and nobody follows out.
Some laudable attempts have been made to get into closer touch with Nature by a few enthusiasts who have sought to extort her secret by systematically prodding her bare body with dibble, fork and spade, displaying thus considerable liveliness and not a little simplicity, but wholly failing either to make life simple or to attain to the simple life.
This was inevitable; for the Way, the Truth and the Life that are simple are not to be compassed by Small Holdings and a Manual of Husbandry. The House-bondman may tend the root of our bodily needs, but he does not touch the complex of our higher and wider life. Yet it is in relation to our principles of life rather than our common activities that the Simple Life gains its greatest meaning and value. The Simple Life is not always the Simple Way. Indeed it is no Way at all if it does not lead to the end in view; and that end, I take it, is the ennobling of individual character, the raising of our standards of equity, and the strengthen- ing of the bonds of fellowship on the common basis of our humanity. If the lone furrow leads to this end, let us follow it out to its length. If the potato patch embraces the higher needs of the race, by all means, let us cultivate it.
But I think that all such efforts may be more properly regarded as effects rather than causes of in- dividual evolution, and as applied to the race at large they will be found to play none but an insignificant part in a true system of economics. If they loom large in the imagination of certain enthusiasts and social reformers, it is chiefly from lack of a proper perspective.
Life is not rendered simple by studious regard to the time and nature of our meals. If men eat because they are hungry they should eat only when they are hungry and take only such foods as an answer to the challenge of the sentinel palate. It is possible to imagine the alimentary canal as possessing the significance of a fire escape, and even to invest it with the merits of a spiritual mediator by an over strict regard to the mathematics of nutritive values, and yet at the same time to render life more complex than we already find it. That salvation does not lie that way is evident from the teaching of Christ.
That it is not the Tao is certain, for as Laotze says: Why all this straining after effect .? The swan is white without daily washing itself and the raven does not renew its colour daily. Yet the original integrity of black and white is beyond the reach of argument.
Lao Tzu, also rendered as Laozi and Lao-Tze, was an ancient Chinese philosopher and writer. He is the reputed author of the Tao Te Ching, the founder of philosophical Taoism, and a deity in religious Taoism and traditional Chinese religions.
(Wikipedia)
Publishing company: London: William Rider
Download PDF book - 3.6 MB