The confession of a fool 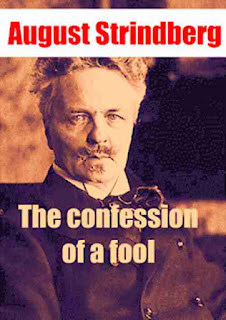 The republication of The Confession of a Fool represents the last link in the chain of Strindberg's autobiographical novels. A German version of the book was published as far back as 1893, but it was mutilated, abbreviated, corrupted, and falsified to such an extent that the attorney-general, misled by the revolting language, blamed the author for the misdeeds of the translator and prohibited the sale of the book.
This was a splendid advertisement for this profound work, but there were many who would have rejoiced if the translation had been completely ignored. It distorted Strindberg's character and was the cause of many prejudices which exist to this day. Schering's new translation is an attempt to make reparation for this crime. "
It is impossible," he says, " that any attorney-general can now doubt the high morality of this book." Strindberg himself has called it a terrible book and has regretted that he ever wrote it. He has never published it in Swedish, his own language, because not only is it too personal in character, but it also revealed a still bleeding wound. It contains the relentless description of his first marriage, so superbly candid an account, that one is re- minded of the last testament of a man for whom death has no longer any terror.
We know from his fascinating novel Separated, how painful the burden was which he had to bear, and how terribly he suffered during the period of his first marriage. So much so, indeed, that he had to write this book before he could face the thought of death with composure. Doubtless, a man for whom life holds no longer any charm would give us a genuinely truthful account of his inner life, and there is no denying that a book which takes its entire matter from the inner life is of greater importance and on an immeasurably higher level than a million novels, be they written ever so well.
The great importance of The Confession of a Fool lies in the fact that it depicts the struggle of a highly intellectual man to free himself from the slavery of sexuality, and from a woman who is a typical representative of her sex. Apart from this, it is an intense joy from an artistic point of view to follow the " confessor " through the book, as he looks at himself from all sides in order to gain self-knowledge; that he conceals nothing from us, not even those deep secrets which he would fain keep even in the face of death
One sees Strindberg brooding over his own soul to fathom its depths. He plumbs its hidden profoundnesses, he takes to pieces the inner wheels of his mechanism, so as to know for himself and to show us how he is made and what is the cause of the instinct which drives him to confess and to create. He opens wide his heart and lets us see that he carries in his breast his heaven and also his horrible hell. We see angels and devils fighting in his soul for supremacy, and the divine in him stepping between them with its creative Let there be!
Translated by I. E. Poritzky
Johan August Strindberg was a Swedish playwright.
Publication date: 1913
Download PDF book