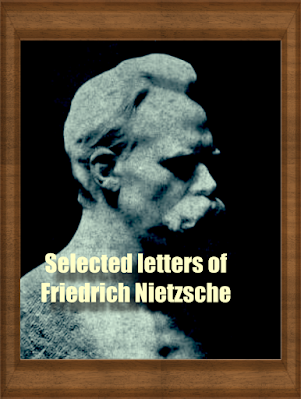 Excerpt:
This volume of Friedrich Nietzsche s private correspondence consists of a selection from the five-volume edition published in Germany between the years 1900-1909. Private letters are now recognized all the world over as a most important supplementary trait to a literary man's portrait, revealing as they do the more homely and intimate side of an author s mind and character.
The special and additional value of Nietzsche s private correspondence consists in this, that here we have a writer of the most forbidding aspect, a prophet of almost superhuman inspiration, a hermit inhabiting a desert of icy glaciers, coming down, so to say, to the inhabited valley, to the familiar plain, where he assumes a human form and a human speech, where he exhibits a human heart and a human sympathy.
He who still doubted that behind Nietzsche s violent denunciation of his age there was an ardent love of humanity and an eagerness to promote it to a nobler Destiny; he who still looked askance at a thinker whose ideas were thrown out hotly and abruptly like stones and lava out of an active volcano all the sceptics, in short, about Nietzsche, as well as all his enemies, will be interested to see from these letters that there was another Nietzsche, a Nietzsche who was a good friend, a devoted son, an affectionate brother, and a generous enemy, such as the literary history of the world with its quarrels and jealousies has not had the good luck to encounter for a long time.
The friends of Nietzsche and Nietzsche has many friends in all climes and amongst all races will be delighted to see their hero in the light of their own wishes and imaginations, while the enemies of Nietzsche and he still has many and by no means unworthy enemies will be bound to confess what the Lutheran Pastor Colerus confessed in his Life of the Philosopher Spinoza: "He may have been a man of no strict orthodoxy and an atheist into the bargain, but in the conduct of his life he was wise and good."
Download 18 MB PDF book 390 Pages