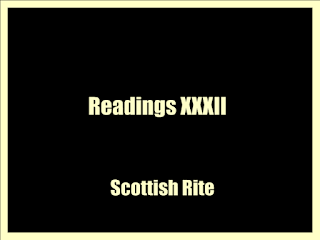 Contents:
Kadosh and Hierodom.--The Templar dogma.--The de iside et osiride of Plutarch.--Of ineffable words.--Pythagoras and Hermes.--The royal secret.--The symbolic camp
Excerpt :
There is no proof that the Templars who survived the destruction of the Order, were reorganized anywhere as Kadosli. In fact, the Degree of that name cannot be traced back to the beginning of the 18th century. But when it was made, it assumed to be a revival of the Order of the Temple, and to conceal this pretension from those to whom it would have been odious if it had appropriated the name of the old Order, it took the name of Kadosh, as indicating its claim to be the successor of that Order. There is no real foundation, indeed, for the pretence that the Templars ever-connected themselves with Freemasonry, which itself had no existence until, at the earliest, the latter part of the 17th century. The Modern Orders called Templar, in France, Great Britain, and America, have not the least claim to be considered the successors or continuations of the ancient Order. And the Kadosh was, at first, probably a Hermetic Degree.
It is said that when the Order of the Temple disappeared as an organization, the Knights in Scotland were received into the bosom of the Order of Saint Andrew of Scotland; and that the Elite in Freemasonry of which the Knighthood of the Temj)le afterwards became a Degree, added the word "Scottish" to its designation, to indicate that the Order of the Temple was thus perpetuated by its union with Masonry and the Scottish Order of Knighthood; and for the same reason, Saint John of Scotland was adopted as the Patron Saint of the Rite. In the Grand Constitutions of 1786, the 29tli Degree is called " Sovereign Ecossais of Saint Andrew." There is no doubt, notwithstanding the account given of the * revival ' of Freemasonry in England, that it had its origin in Scotland, sometimes earlier; and soon after it came to be in vogue in France. Degrees, which together were called Hed Masonry, appeared there, some of which were called Ecossais. One of the oldest was the Maitre Ecossais, Scottish Master. This name Ecossais was given to the Degrees because they were invented by Scottish refugees, partisans of the House of Stuart.
Download PDF 9 MB