Morals and the evolution of man 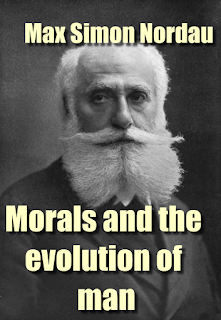 Contents:
i. The Phenomenon of Morality i
2. The Immanence of the Concept of Morality. 46
3. The Biological Aspect of Morality . . 84
4. Morality and Law 115
5. Individual Morality and Collective Immorality 144
6. Freedom and Responsibility .... 185
7. Morality and Progress 215
8. The Sanctions of Morality .... 247
Excerpt:
A very well-known experiment in animal psychology was once made by Mobius. An aquarium was divided into two compartments by means of a pane of glass; in one of these a pike was put and in the other a tench. Hardly had the former caught sight of his prey, when he rushed to the attack without noticing the transparent partition. He crashed with extreme violence again the obstacle and was hurled back stunned, with a badly battered nose.
No sooner had he recovered from the blow than he again made an onslaught upon his neighbour — with the same result. He repeated his efforts a few times more but succeeded only in badly hurting his head and mouth. At last, a dim idea dawned upon his dull mind that some unknown and invisible power was protecting the tench and that any attempt to devour it would be in vain; consequently, from that moment he ceased from all further endeavours to molest his prey. Thereupon the pane of glass was removed from the tank, and pike and tench swam around together; the former took no notice whatever of his defenceless neighbour, who had become sacred to him. In the first instance, the pike had not perceived the glass partition against which he had dashed his head; now he did not see that it had been taken away. All he knew was this;: he must not attack this tench, otherwise, he would fare badly. The pane of glass, though no longer actually there, surrounded the tench as with a coat of mail which effectually warded off the murderous attacks of the pike.
Author: Max Simon Nordau was a Zionist leader, physician, author, and social critic. He was a co-founder of the Zionist Organization together with Theodor Herzl, and president or vice president of several Zionist congresses. As a social critic, he wrote The Conventional Lies of Our Civilisation, Degeneration, and Paradoxes.
Translated by Marie Adèle Lewenz/
download morals and the evolution of man  PDF book