A handbook to political questions of the day, 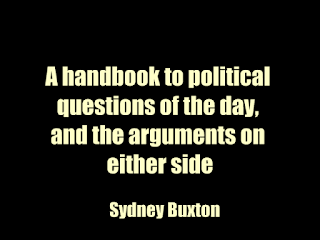 This Handbook has been out of print for some years, but distaste to the unattractiveness of revision has delayed the preparation of a fresh edition. However, as the demand for the book continues, it seems well that a new edition should be issued. All the sections which appeared in the last edition have been carefully revised, and in some cases rewritten. Some new subjects have been added, notably the sections on "Preference," "Protection," and " Retaliation," which in former editions were somewhat perfunctorily lumped together into one short section.
In order to find space for new matter, some few subjects which appeared in the last edition, but which seem now to be of less urgency or importance, have been omitted. The object of this Handbook is to give all the important arguments that can be or are, advanced on either side on various political questions.
In this, I have endeavoured to be perfectly impartial.
It is probable, however, that I have fallen short of entire impartiality; and no doubt some arguments have been overlooked.
Download PDF book 10 MB