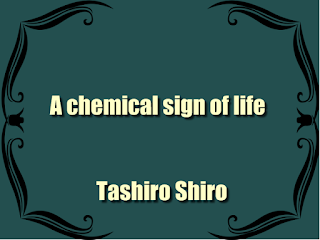 The present work is an attempt to apply facts discovered during the study of the physiology of nerves to living processes in general. " That mechanism characteristic of all living matter which enables it to respond to the external world is best developed in the nervous system.
This mechanism may be called the most characteristic thing in life. The chemical accompaniment, or basis, of this mechanism, discovered by the author in nerve fibres, he has hoped to show exists also in all forms of living matter, both of plants and of animals. It gives a chemical method of distinguishing living from dead tissue, and of measuring the quantity of life. This book, therefore, contains somewhat in detail all the essential facts which he with his students has discovered from studies of the chemical changes in nerves accompanying functional change. In the presentation of this work, however, many important references and discussions have been omitted in order that the reader may not lose the main trend of the argument. The facts themselves are nevertheless given in the form of accurate numerical data so that the book may be useful also to the specialist whose interest lies more directly in the general physiology of the nervous system. In an appendix, the detailed method for the use of the biometer is added in response to frequent requests of many friends and students who wish to use it for various biological and chemical research. The author is deeply indebted to Professor A. P. Mathews for his criticism, scientific and literary, during the preparation of the work.

I. Irritability as a Sign of Life...
The Characteristics of Living Matter. Irritability.
Functional Changes as a Sign of Irritability. Functional
Changes in the Nerve Fiber.
II. Chemical Signs of Irritability in the Nerve Fibre...
Signs of Metabolic Activities in a Tissue. Indirect Evidence for Presence of Metabolic Activity in the Nerve Fiber. Direct Evidence. Experimental Methods with non-medullated nerve Fiber. MeduUated Nerve Fiber. Is
Carbon Dioxide Produced by Living Processes? Discussion.
III. Chemical Signs of Irritability in the Nerve. Fibre — Continued.
Increased Metabolism on Stimulation. Experimental.Electrical Stimulation. Other Stimulations. Discussion.
IV. Excitation and Conduction.
Excitability and Metabolism. Degree of Excitability Compared with metabolism. Effects of Narcotics. Lower Concentration. Higher Concentration. The direction of the Nerve Impulse and Metabolic Gradient. The velocity of the Nerve Impulse and Carbon Dioxide Production.
V. Chemical Signs of Life.
Resting Metabolism in Seeds. Increased metabolism in Seeds on Injury. Other Tissues. A Chemical Sign of Life.
VI. Conclusions
Summary. Other Criteria of Life. Functions of Resting
Metabolism. Metabolism and Irritability. Chemical Conditions in the Living Processes. Quantity of Life.
Tashiro, the son of Shirobe and A. Tashiro, immigrated to the United States in 1901. After graduating B.S. from the University of Chicago in 1909, he served as a fellow and assistant in physiological chemistry at Chicago from 1910 until he received his PhD in 1912 at Chicago. In 1913–to 1914 he was an associate in physiological chemistry, in 1914–1918 instructor, and in 1918 an assistant professor at Chicago.
Download PDF book 3 MB