A book of the Riviera by S. Baring-Gould 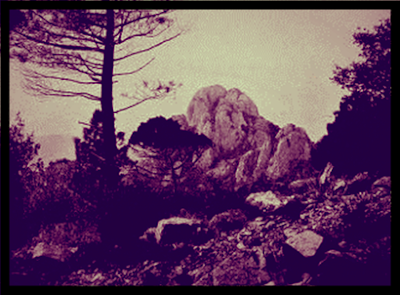 Interesting book, the author is moving through French and Italian cities, and he tried to mix the beauty of the places with accidents from History. Good read! with illustrations.
This little book has for its object to interest the many winter visitors to the Ligurian coast in the places that they see. A consecutive history of Provence and Genoese Liguria was out of the question ; it would be long and tedious.
I have taken a few of the most prominent incidents in the history of the coast, and have given short biographies of interesting personages connected with it. The English visitor calls the entire coast — from Marseilles to Genoa — the Riviera ; but the French distinguish their portion as the Cdte d'Azur, and the Italians distinguish theirs as the Riviera di Ponente. I have not included the whole of this latter, so as not to make the book too bulky, but have stayed my pen at Savona.
Excerpt:
Marseilles recalls the horrors of the Revolution, and the roar of that song, smelling of blood, to which it gave its name. At Toulon, Napoleon first drew attention to his military abilities; at S. Raphael he landed on his return from Egypt, on his way to Paris, to the i8th Brumaire, to the Consulate, to the Empire; and here also he embarked for Elba after the battle of Leipzig. But leaving a history, let us look at what Nature affords of interest. Geologically that coast is a great picture book of successions of deposits and of convulsions. There are to be found recent conglomerates, limestone, porphyry, new red sandstone, mica-schist, granite. The Estdrel porphyry is red as if on fire, seen in the evening sun. The mica-schist of the Montagnes des Maures strews about its dust, so shining, so golden> that in 1792 a representative of the Department went up to Paris with a handful, to exhibit to the Convention as a token of the ineptitude of the Administration of Var, that trampled underfoot treasures sufficient to defray the cost of a war against all the kings of the earth.
Download