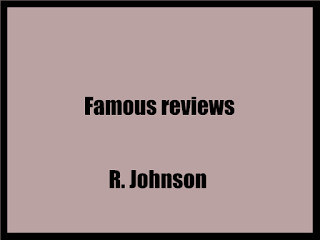 Excerpt from the book preface:
Although regular literary organs, and the critical columns of the press, are both of comparatively recent origin, we find that almost from the beginning our journalists aspired to be critics as well as newsmongers. Under Charles II, Sir Roger L'Estrange issued his Observator (1681), which was a weekly review, not a chronicle; and John Dunton's The Athenian Mercury (1690), is best described as a sort of early " Notes and Queries."
Here, as elsewhere, Defoe developed this branch of journalism, particularly in his Review (1704), and in Mist's Journal (1714). And, again, as in all other departments, Ms methods were not materially improved upon until Leigh Him, and his brother John, started The Examiner in 1808, soon after the rise of the Reviews.
Addison and Steele, of course, had treated literary topics in The Spectator or The Toiler; but the serious discussion of contemporary writers began with the Whig Edinburgh of 1802 and the Tory Quarterly of 1809. By the end of George Ill's reign, every daily paper had its column of book-notices; while 1817 marks an epoch in the weekly press; when WiUiam Jordan started The Observator (parent of our Athenaeum) in order to furnish (for one shilling weekly) " a clear and instructive picture of the moral and literary improvement of the time, and a complete and authentic chronological literary record for reference."
Though probably there is no form of literature more widely practised, and less organised, than the review, it would be safe to say that every example stands somewhere between a critical essay and a publisher's advertisement. We need not, however, consider here the many influences which may corrupt newspaper criticism today, nor concern ourselves with those legitimate " notices of books " which only aim at " telling the story " or otherwise offering guidance for an " order from the library." The question remains, on which we do not propose to dogmatise, whether the idea of a reviewer should be critical or explanatory: whether, in other words, he should attempt final judgment or offer comment and analysis from which we may each form our own opinion.
Probably no hard and fast line can be drawn between the review and the essay, yet a good volume of criticism can seldom be gleaned from periodicals. For one thing, all journalism, whether consciously or unconsciously, must contain an appeal to the moment. The reviewer is introducing new work to his reader, the essayist, or critic proper, may nearly always assume some familiarity with his subject. The one hazards prophecy; the other discusses, and illumines, a judgment already formed, if not established. It is obvious that such reviews as Macaulay's in the Edinburgh were often permanent contributions to critical history; while, on the other hand, many ponderous effusions of the Quarterly are only interesting as a sign of the times.
The fame of a review, however, does not always depend on merit. The scandalous attacks on the Cockney school, for example, were neither good literature nor honest criticism. We still pause in wonder before the streams of virulent personal abuse and unbridled licence in temper which disgrace the early pages of volumes we now associate with sound and dignified, if somewhat conventional, utterances on the art of Literature as viewed from the table-land of authority. And, as inevitably the most famous reviews are those which attend the birth of genius, we must include more respectable errors of judgment, if we find also several remarkable appreciations which prove singular insight. Following the " early " reviews, whether distinguished for culpable blindness, private hostility, or rare sympathy, we must depend for our second main source of material upon that fortunate combination of circumstances when one of the mighty has been invited to pass judgment upon his peers. When Scott notices Jane Austen, Macaulay James Boswell,
Gladstone and John Stuart Mill Lord Tennyson, the article acquires a double value from author and subject. Curiously enough, as it would seem to us in these days of advertisement, many such treasures of criticism were published anonymously; and the accident has often aided research in the discovery of their authorship.
It is only too probable that more was written than we have yet on record. In reviewing, as elsewhere, the growth of professionalism has tended to level the quality of work. The mass of thoroughly competent criticism issued today has raised enormously the general tone of the press; but genuine men of letters are seldom employed to welcome, or stifle, a new-comer; though Meredith, and more frequently Swinburne, have on occasion elected to pronounce judgment upon the passing generation; as  Mr G. K. Chesterton have sometimes said the right thing about their contemporaries. The days when postcard notices from Gladstone secured a record in sales are over; and, from whatever combination of causes, we hear no more of famous reviews.

Who is R. Johnson

R. (Reginald) Brimley Johnson was a biographer, critic, and editor specializing in nineteenth-century English literature and literary figures. Johnson edited Shelley-Leigh Hunt: how friendship made history and extended the bounds of human freedom and thought which was published in 1928.
Download PDF book