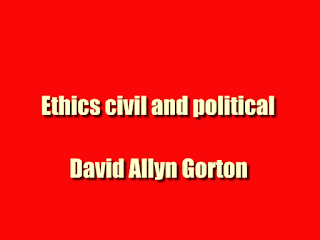 From introduction:
Some of the theses that comprise this volume were originally published in the National Quarterly Review and the American Journal of Civics. Who saw them in the old form will hardly recognize them in the new. They have been revised and rewritten, the untenable or questionable dropped out, and the more mature views put in. The volume is not a treatise, be it observed, but rather a series of discourses on living, fundamental problems of the day, which are intended as a prophecy and a warning.
The author will be charged with pessimism, and not without a certain degree of justification. While he holds that whatever is is wrong, he believes that man is passing from darkness to light and that it doth not yet appear what he shall be; but he feels assured that when the race makes its exit from the darkness it will leave behind old measures and systems, and embrace such as may be dictated by a clearer conception of justice and brotherhood. Many who, from a standpoint of abstract right, will approve the ethics herein advocated may think iv Preface them premature, if not impracticable.
To such the author has to say that whatever is wrong or unethical is susceptible to being corrected. Let the seeds of truth be sown even if the harvest be late. Reformation is easy enough when the means thereto are forthcoming and the necessity of it is clearly apprehended. None but the well-fed optimist will fold his arms in the presence of the ever-increasing number of the lean and hungry, the infirm and destitute, and say: "It is inevitable; it is God's will; there is nothing to be done. ' ' It was not so long ago that manhood suffrage was regarded by good conservative folk as impolitic and impracticable; nor yet, when the same class frowned with disfavour upon the policy of free schools as a species of injustice to the taxpayer; nor yet, again, when the alphabet was regarded as undesirable for the common, not to say, "base-born," to learn.
It is ignorance on the one hand and thoughtless laisser-faire on the other that keep the masses on the extremes of want, and the few in measureless and equally debasing affluence. This extreme of unequalness that makes for wretchedness in the body politic is not the fault of the individual; nor is it due to premeditated design on the part of the ruling class. It is rather the legitimate outcome of the wage and profit system, under the burden of which society groans today and the every-man-for-himself policy which our politico-economic philosophers regard as desirable. But come away there will, in the process of social evolution, to right all wrongs, for without it there can be no peace and brotherhood
Publication date: 1902
Download PDF book 4.5 MB