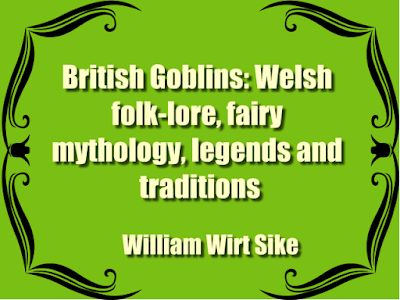 In a certain sense, Wales may be spoken of as the cradle of fairy legend. It is not now disputed that from the Welsh were borrowed many of the first subjects of composition in the literature of all the cultivated peoples of Europe. In the ground it covers, while this volume deals especially with Wales, and still more especially with South Wales — where there appear to have been human dwellers long before North Wales was peopled — it also includes the border counties, notably Monmouthshire, which, though severed from Wales by Act of Parliament, is really very Welsh in all that relates to the past.
In Monmouthshire is the decayed cathedral city of Caerleon, where, according to tradition, Arthur was crowned king in 508, and where he set up his most dazzling court, as told in the ' Morte d'Arthun' The Arthur of British history and tradition stands to Welshmen in much the same light that Alfred the Great stands to Englishmen.
Around this historic or semi-historic Arthur has gathered. a throng of shining legends of the fabulous sort, with which English readers are more or less familiar. An even grander figure is the Arthur who existed in Welsh mythology before the birth of the warrior- king. The mythic Arthur, it is presumed, began his shadowy life in pre-historic ages, and grew progressively in the mythologic story, absorbing at a certain period the personality of the real Arthur, and becoming the type of romantic chivalry. A similar state of things is indicated with regard to the enchanter Merlin; there was a mythic Merlin before the real Merlin was born at Carmarthen.
With the rich mass of legendary lore to which these figures belong, the present volume is not in- tended to deal; nor do its pages treat, save in the most casual and parsing manner, of the lineage and original significance of the lowly goblins which are its theme. The questions here involved, and the task of adequately treating them, belong to the comparative mythologist and the critical historian. rather than to the mere literary workman.

Who is William Wirt Sike

William Wirt Sikes (November 23, 1836 – August 18, 1883) was an American journalist and writer, perhaps best known today for his writings on Welsh folklore and customs.
William Wirt Sikes was born in Watertown, New York, the son of William Johnson Sikes, a prominent local physician. He was the seventh of eleven children, of whom only six survived to adulthood. Sikes himself was seriously ill as a child and almost lost his hearing, so he was largely educated at home. At fourteen he went to work for a printer and learned how to set type. He supported himself thereafter by typesetting, contributing to local newspapers, and giving temperance lectures.
Download PDF book 20.7 MB UPDATED