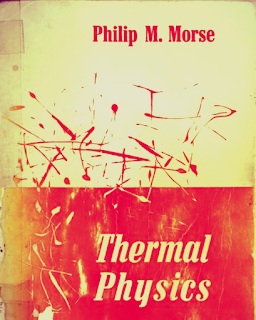 Excerpt:
This book represents a stage in the process of revising the course in heat and thermodynamics presented to physics undergraduates at the Massachusetts Institute of Technology.
It is, in its small way, a part of the revision of the undergraduate curriculum in physics which has recently been going on at the Institute and at other centres of physics in this country. Such major revisions must be made at least once a generation if we are to compress the expanding field of physics into a form that can be assimilated by the physics student by the time he j completes his graduate education. Such downward compaction of new physics, introducing it earlier in the education of a physicist, is not a task that can be undertaken . one subject at a time. For example, the basic techniques of classical; dynamics and electromagnetic theory could not now be taught effectively to juniors or seniors unless they were already fluently conversant with the differential calculus.
This particular revision was accomplished, in this country, about a generation ago; prior to that time graduate students had to unlearn the geometric tricks they had learned as undergraduates before they could assimilate the methods of La-grange and Hamilton.
Now it is necessary to bring the concepts of the quantum theory into the undergraduate curriculum, so the graduate student does not have to start over again when he takes his first graduate course in atomic or nuclear physics. Again the revision must be thorough, from the content of the freshman courses in physics and chemistry to the ^ choice of topics in electromagnetic theory and dynamics. Unless the student becomes familiar with quantum theory and with the parts of classical theory relevant to quantum theory while an undergraduate, he has not the time to achieve a general understanding of modern physics as a graduate student.
Such a course needs thorough replanning, both as to the choice of material and order. Topics must be omitted to make room for new items to be added. The problem is not so much the number of different concepts to be taught as the abstractness and sophistication of these concepts. The thermodynamic part has to be compressed, of course, but not at the price of excluding all variables except P, V, and T. Engineering applications have to be omitted and special cases can be relegated to problems. Because of its importance in statistical mechanics, entropy should be stressed more than might be necessary in a course of thermodynamics alone. The kinetic theory part can be used as an introduction to the concepts of statistical mechanics, tying the material together with the Boltzmann equation, which recently became important in plasma physics. In statistical mechanics, the effort must be to unify the point of view, so that each new aspect does not seem like a totally new subject. More needs to be done than is embodied in this text, but the class response so far has indicated that ensembles and partition functions are not necessarily beyond the undergraduate.
Shared Publicly by University of Florida Duplicates
Download 15.5 PDF book