The high history of the Holy Graal 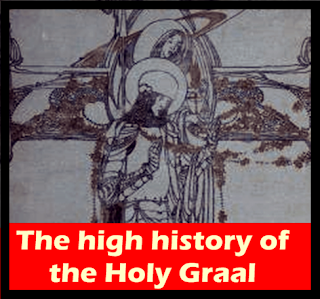 Excerpt:
This book is translated from the first volume of Perceval le Gallois ou le Conte du Graal edited by M. Ch. Potvin for 'La Societe des Bibliophiles Beiges ' in I866, 1 from the MS. numbered 11,145 in the library of the Dukes of Burgundy at Brussels.
The only note of time in the book itself is contained in the declaration at the end. From this, it appears that it was written by order of the Seingnor of Cambrein for Messire Jehan the Seingnor of Neele. M. Potvin, without giving any reason for so doing, assumes that this Lord of Cambrein is none other than the Bishop of Cambrai.
If this assumption is correct, the person referred to was probably either John of Bethune, who held the see from 1200 till July 27, 1219, or his successor Godfrey of Fontaines (Conde), who held it till 1237. To me, however, it seems more likely that the personage intended was, in reality, the ' Seingnor ' of Cambrin, the chef-lieu of a canton of the same name, on a small hill overlooking the peat- marshes of Bethune, albeit I can find no other record of any such landed proprietor's existence. Be this as it may, the Messire Jehan, Seingnor of Neele, can hardly be other than the John de Nesle who was present at the battle of Bouvines in 1214, and who in 1225 sold the lordship of Bruges to Joan of Flanders. 1 These dates therefore may be regarded as defining that of the original Romance within fairly narrow limits.
Download Zip File contains PDF book 15 MB