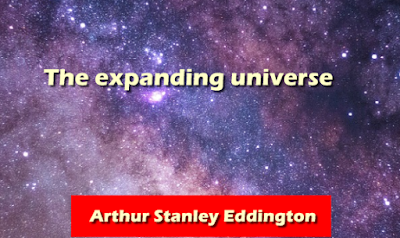 This book is an expanded version of a public lecture delivered at the meeting of the International Astronomical Union at Cambridge (Massachusetts) in September 1932.
It also furnished the subject matter of a series of three addresses that were broadcast in the United States shortly afterwards. I deal with the view now tentatively held that the whole material universe of stars and galaxies of stars is dispersing, the galaxies scattering apart so as to occupy an ever-increasing volume. But I deal with it, not as an end in itself. To take an analogy from detective fiction, it is the clue, not the criminal. The “ hidden hand ” in my story is the cosmical constant.
In Chapter IV we see that the investigation of the expanding universe falls into line with other methods of inquiry so that we appear to be closing down on the capture of this most elusive constant of nature. The subject is of special interest since it lies at the meeting-point of astronomy, relativity and wave- mechanics. Any genuine progress will have important reactions on all three. I am treating of very recent developments, and investigations both on the theoretical and on the observational side are still in progress which is likely to teach us much more and may modify our views.
It might be argued that at this stage a book is premature, but I have ventured to assume that in the mystery stories of science the reader may be as much interested in the finding and weaving together of clues for the detection of the criminal as in his final capture and execution.
The book will be found to be of uneven difficulty, and the reader who finds himself out of his depth in Chapter II may discover that the going becomes easier farther on. I have endeavoured to make the explanations as simple as possible, but the book is not in¬ tended solely as a semi-popular exposition, and I have not hesitated to plunge into matters of extreme difficulty when it seemed necessary for an adequate discussion of the problem.
Download PDF book 7.5 MB