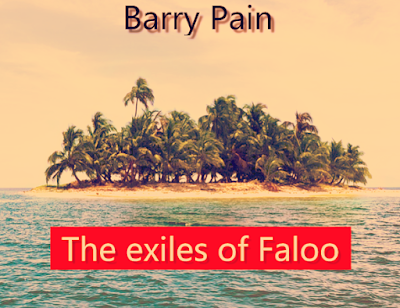 A comic picture of a South Sea island where a body of genteel swindlers and other fugitives from London society has settled and established a club; the satire particularly neat and unobtrusive, the characters adroitly combined so as to bring out each other's foibles
Excerpt:
The head-gardener came out from the orange trees. After all, he was not only the head-gardener. He smiled ingratiatingly as if to say that he took a personal interest in Sir John, and it would be a positive pleasure to him to do anything for him. From a natural friendliness, which only broke down under severe stress, all the natives wore this air of interest in the white man and of readiness to serve them in any way.
As a matter of fact no native, with the solitary exception of King-Smith, ever did anything that he could possibly avoid. The climate is relaxing, and the coker-nut palm supplies many wants.
Barry Eric Odell Pain was an English journalist, poet, humorist and writer
Born in Cambridge, Barry Pain was educated at Sedbergh School and Corpus Christi College, Cambridge. He became a prominent contributor to The Granta. He was known as a writer of parody and lightly humorous stories
Download The exiles of Faloo PDF book 9 MB