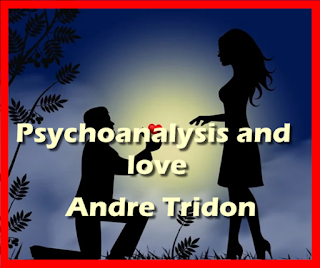 Life would be much simpler if love among human beings were similar to love among animals. At mating time, any animal of any species feels automatically attracted to any animal of the opposite sex belonging to the same species. Age, appearance or relationship seem of no account in the animal world.
They love activities that begin at a definite time of the year, have as their obvious and exclusive purpose the reproduction of the species and, after attaining their goal, end very early in the summer of the same year. An exception may be made for a few wild and domesticated animals which have several mating seasons and for a few survivals of the prehistoric fauna, like the elephants, among which the family group seems more permanent than among more "recent" biological specimens. Nor do love activities among the animals result in lasting disturbances of their psychological life. In certain varieties of fish the male never even sees the female whose eggs he fecundates.
While we observe at times duels to the death between two males for the possession of one female (elks or moose), animal life seems to suffer few lasting complications from the fact of such conflicts, which, like animal love, are purely seasonal. 'A greater regularity of the food supply which has intensified the sex urge among human beings and removed its seasonal character, and the progress of civilization which, for economic reasons, has placed upon the union of male and female a thousand restrictions, has complicated terribly what was merely among animals a periodic biological activity.
Sex is due to the fact that we have forgotten our origin. We have set up a goal which, like all goals worth striving for, is far ahead of the human pro- cession and somewhere between the earth and the stars. But that goal should not cause us to forget our starting point. It happens too often that "what we should be" blinds us to "what we really are." Hence our surprise, our puzzled expression, our painful disappointment-when one of us reveals himself suddenly as he is instead of as he should be. Hence our absurd statutes punish the laggards on the road of evolution instead of helping them along. Hence our fears in the presence of a mystery we have made mysterious, of a danger we have made dangerous and which we make more terrifying yet by burying our heads in the sand. To this day the study of love has been considered as the almost exclusive province of poets, playwrights, novelists, movie authors and philosophers. Those people have revelled in love's dramatic complications which they have, whenever possible, exaggerated, for "artistic" reasons. Instead of clarifying the problem, they have beclouded it.
Download