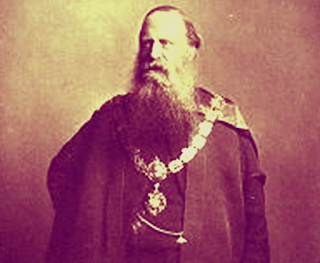 Excerpt:
that is a word that must occur with a frequency in a book of an autobiographical character, which would be unpleasant to hearers and harmful to its utterer if it came as frequently in ordinary conversation. As the sign of self-assertion or of conceit, it is as ugly (to use an image familiar to me at Woolwich) as the Arsenal chimneys, which, with their naked perpendicularity and curveless lines, mar what once must have been a beautiful landscape from the Plumstead hills as one gazed across the green marshes, bisected by the gleaming Thames, to the distant blueness of Epping Forest. But in personal reminiscences, when justified or invited, one would not mend matters by substituting for " I " such periphrases as "the present writer," or " he who now addresses an intelligent and indulgent audience." Therefore, let me begin boldly.
I was born on  June 14, 1845, in a primaeval forest, and in no parish; and I was born where I was born in consequence of lunacy and murder. The forest was that of Blean, which once covered nearly all the country between Ashford and Whitstable, but was always pierced by the straight Roman Watling Street, from London to Dover, whereof the actual name survives in Watling Street in the City of London and Watling Street in Canterbury.
I was born also on the top of a hill — Boughton Hill (the name — derived from the Saxon barton, or enclosure for the gathered crops? — is common in Kent; Boughton Aluph, Boughton-under- Blean, Boughton Malherbe, and Boughton Monchelsea, are all East Kent parishes, almost of identical size, varying only from 2,296 to 2,418 acres). It is a steep sandy hill between Faversham and Harbledown, on the Canterbury road, of such height that one sees to Hadleigh across the estuaries of the Medway and the Thames, and would see London but for Shooter's Hill, and the sea but for Lydden Hill, near Dover. On the top, a few houses, and the church and vicarage built for my father, and the schools afterwards built by him, are known by the name of Dunkirk. The church was built only in 1840, my father being the first incumbent
Download PDF book