the principles of elocution, with exercises and notations 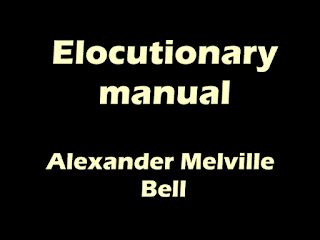 An outline of the principles detailed in this volume constitutes the first Section of the " Standard Elocutionist" — a book of which upwards of one hundred and fifty thousand copies have been sold. The present is the Sixth Edition of the parent Work.
for more information check Wikipedia
In the preparation of this Work, the Author has endeavoured to write not merely for the use of pupils, to whom a defective description in the book may be orally supplemented in the classroom, but for those to whom such additional instruction is hot and cannot be available. How far he has succeeded in this remains to be proved. He has studied to preserve the utmost simplicity of arrangement, and to avoid overloading principles by unnecessary rules. He has not followed in the steps of any preceding writer, either as to his' Theory or his plan of developing it; but he has observed Nature for himself, and recorded his observations after his own fashion. The Science of Elocution seemed to him to want an A B C, and he has endeavoured to supply the deficiency.
Two years ago the Author published his " New Elucidation of the Principles of Speech and Elocution," — a work which has been so favourably received among Critics, and so rapidly dis- posed of, that he has been induced to prepare an Elocutionary Manual adapted for use in classes, as well as for private students. This Volume may be considered as a Second Edition (but entirely re-written) of the Elocutionary Sections of the larger work. The Fundamental Theories and the Details of Articulation and Defective Speech are condensed; the Principles of Orthoepy, Vocalization, and the Art of Reading, more copiously illustrated; and a full Practical Treatment of the subject of Gesture has been added; besides an extensive Collection of Poetical and Dramatic Quotations marked for Exercise in Expressive Reading. All the Extracts are alphabetically collected in one general Index in the Table of Contents, so as to form a Dictionary of Emotive Quotations: and the Table of Contents, generally, is. arranged as a minute Reference-Index to the subjects treated of in the Volume.
Download