Animal life by the sea-shore 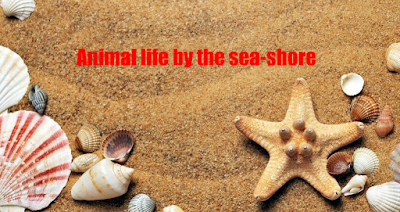 This little book is intended to serve as a manual for the use of the amateur naturalist at the seaside, and the authors have aimed at brevity in their accounts of the various groups, in view of the class of readers for whom they are intended.
Far from attempting anything in the way of an exhaustive or strictly scientific manual, they have only tried to provide those untrained in zoology with a means of identifying the principal of the innumerable forms of animal life which are likely to attract their attention when on the beach, or, better, on the rocks and beds of weeds uncovered by the great ebb tides which afford such grand opportunities in the western parts of the English Channel; and also of acquiring some notions concerning the often puzzling organs displayed by these creatures, their functions, as well as some of the most salient facts of their life-histories. There are a number of popular works dealing with the curiosities of the seaside, foremost among them the charming little book of Philip Gosse, "
A Year at the Shore," now somewhat antiquated, but few that are well illustrated and at the same time deal briefly with the whole Animal Kingdom, enumerating and explaining the principal forms occurring on or close to our shores. A strictly systematic treatment has been avoided, the classification adopted is intended to meet the requirements of the non-scientific reader.
Download 5.5 MB PDF book.