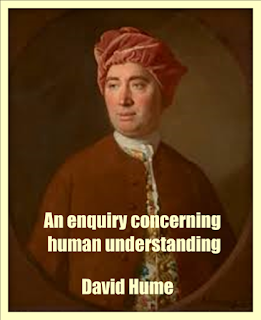 Excerpt from editor's note:
The present volume is the second of the series of Philosophical Classics which The Open Court Publishing Company purposes issuing in cheap form for the convenience and instruction of the general reading public. It is an unannotated reprint, merely, of the Enquiry Concerning Human Understanding, made from the posthumous edition of 1777, together with Hume's charming autobiography and the eulogistic letter of Adam Smith, usually prefixed to the History of England.
These additions, with the portrait by Ramsay, which forms the frontispiece to the volume, render the picture of Hume's life complete and leave but a word to be said Concerning his philosophical importance.
With the great public, Hume's fame has always rested upon his History of England, — a work now antiquated as his- tory and remarkable only for the signal elegance and symmetry of its style. But this once; prevalent opinion, our age has reversed, and, as has been well remarked," Hume, the spiritual father of Kant, now takes precedence over Hume, the rival of Robertson and Gibbon." It is precisely here, in fact, that Hume's significance for the history of thought lies.
With him, modern philosophy entered its Kantian phase, became critical and positivistic, became a theory of knowledge. For the old "false and adulterate" metaphysics he sought to substitute a "true" metaphysics, based on the firm foundations of reason and experience. His scepticism, — and of scepticism, he has since been made the standard-bearer, — ^was directed against the old ontology only, and not against science proper (inclusive of philosophy). "Had Hume been an absolute sceptic he could never have produced an Immanuel Kant. . . .
The spirit of the theoretical philosophy of Hume- 'and Kant, the fundamental conception of their investigations, and the goal at which they aim are perfectly identical.
David Hume was a Scottish Enlightenment philosopher, historian, economist, librarian and essayist, who is best known today for his highly influential system of philosophical empiricism, scepticism, and naturalism
Review by Rowland Pasaribu
Bertrand Russell famously summarized Hume's contribution to philosophy, saying that he "developed to its logical conclusion the empiricist philosophy of Locke and Berkeley, and by making it self-consistent made it incredible." Hume is remarkable in that he does not shy away from conclusions that might seem unlikely or unreasonable.
Ultimately, he concludes that we have no good reason to believe almost everything we believe about the world, but that this is not such a bad thing. Nature helps us to get by where reason lets us down. Hume is unquestionably an empiricist philosopher, and he strives to bring the rigour of scientific methodology to bear on philosophical reasoning. His distinction between relations of ideas and matters of fact is absolutely crucial in this respect.
Anything we can say about the world is a matter of fact, and thus can be justified only through experience and can be denied without contradiction. Relations of ideas can teach us about mathematical truths, but cannot, as some rationalist philosophers would have, teach us about the existence of ourselves, an external world, or God.
Download PDF book