The tragical history of Doctor Faustus 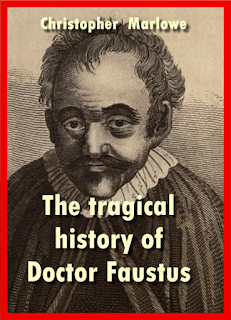 Faustus is therefore a parable of the impotent yearnings of the Middle Ages its passionate aspiration, its conscience-stricken desire, its fettered curiosity amid the cramping limits of imperfect knowledge, and irrational dogmatism. The indestructible beauty of Greek art, whereof Helen was the emblem, became, through the discovery of classic poetry and sculpture, the possession of the modern world. Medievalism took this Helen to wife, and their offspring, the Euphorion of Goethe's drama, is the spirit of the modern world.'
The Present Text. , The play of Doctor Faustus, as here set forth, represents an attempt to blend the two versions of the quartos of 1604 and 1616; it follows neither the one text nor the other, but results from a ' contamination ' of both. By the use of italic type for the passages borrowed from the 1616 edition, the editor has been able to differentiate the sources of the text. \
It cannot be hoped that the experiment has been wholly successful, but the present issue is perhaps more satisfactory than a mere reprint of any one of the quartos, with bulky appendices of the omitted or additional passages. Very little, if anything, of value, has been lost in the present process; the one or two passages of worth belonging to the first edition, here replaced by the later text, will be found in the Notes at the end of the volume. The textual work has been greatly facilitated by Dr Breymann's excellent parallel edition
Translated by Israel Gollancz
Download