The poems of William Blake 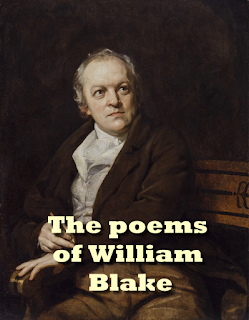 there is something of homage and fitness in producing the poems of Blake in a form which would have appealed to that artist-poet and in a character this Florence type which for him might well have symbolized the birthplace of his hero Michelangelo.
True we must relinquish the exquisite designs which Blake interwove with the fabric of his verse, yet there may still be a positive advantage in reading these poems as poetry and nothing more, rather than in viewing them as ' fairy missals ' or as ' pictures singing/
Our text too, as the reader may wish to be assured, is a faithful reproduction of the original, unmixed with the seconds of ingenious editors. Every word, as Catherine Blake said of a dearly prized copy of the *Songs of Innocence, 'is Blake's own. In this edition, besides the songs and lyrics which form the greater part of its content, are included Blake's criticism of art and life in the shape of epigrams  and satirical pieces; and his perfervid if the heterodox confession of faith, 'The Everlasting Gospel.'
The lover of Blake therefore will find here all that part of his poetry which may be said to possess a definite metrical form, the writings excluded as without the scope of this series being the earlier and later Prophetic Books and the unfinished 'French Revolution/ Consigned to an Appendix are certain verses, which for various reasons it seemed undesirable to range among others written at the same time. In fairness to Blake, we should remember that these pieces, written for his own amusement, have been unearthed from MS. sources by other hands, and would probably never have been published by the author himself.
Edited by John  Sampson
Download