The Gnostics and their remains, ancient and mediaeval 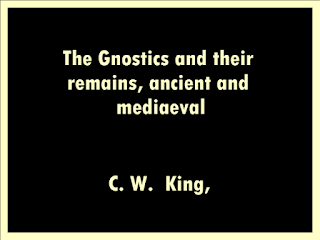 Excerpt
When this work first appeared, three-and-twenty years ago, it became at once an object of unmerited abuse, and of equally unmerited praise. Small divines mistaking it for an insidious attempt to overthrow opinions " as by law established," spurted at it with pens dipped in the milk of the Gospel; whilst, under the very same hallucination, " Friends of Light " lauded it to the skies — either party equally ignorant both of the subject and of the purpose of my labours.
One noted Zoihis (whose recollections of Homer would seem to be of the same deeply- marked nature as Ensign Blifil's) is disgusted at my citing " Aidoneus " as a title of the God of the Shades; another is astonished at my ignorance in calling Bardanes a Persian, whereas he was a native of Pontus; not understanding that my argument was equally valid in spite of the mistake — Pontus being originally a province of the empire of Darius, and what is more to the purpose, the actual focus whence Mithraicism diffused itself over the Roman world.
A still greater cause of outcry against the book was my presuming to lay presumptuous hands upon the Sacred Ark of Masonry, and openly express my opinion that the " Free and Accepted " of these times have no more real connexion with the ancient Craft, out of whose terms and forms, like fig-leaves, they have stitched together aprons, wherewith to cover the real nakedness of their pretension, than the Italian Carbonari of Murat's day had with the trade of charcoal burners, whose baskets were borrowed for the President's throne. King Hiram's skull gnashed his teeth with rage within the cista mystica ; and one valiant young Levite of the course of Abia proceeds thus logically to confute all my assertions: " Athelstan built a church: he could not build without masons; argal, Athelstan was the founder of Masonry in England.
Download