The freedom of science 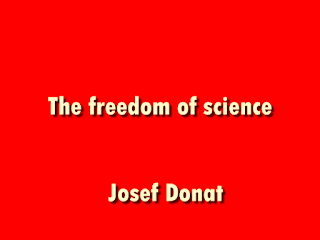 This book has issued from the theories of dissension and strife, seeing the light at a time when, in Austria and Germany, the bitter forces of opposition, that range themselves about the shibboleth Freedom of Science, were seen engaging in combat of fiercer intensity than ever.
Yet, notwithstanding, this Child of Strife has learned the language of Peace only. It speaks the language of impartial objectivity which endeavours, in a spirit of unimpassioned, though earnest, calm, to range itself over the burning questions of the day — over those great Weltanschauung questions, that stand in such close relation with the compendious motto: Freedom of Science. Yes, Freedom and Science serve, in our age and on both sides of the Atlantic, as trumpet calls, to summon together — often indeed to pit in deadly combat — the rival forces of opposition.
They are catchwords that tend to hold at fever-pitch the intellectual life of modern civilization — agents as they are of such mighty and far-reaching influences. On the one hand, Science, whence the moving and leading ideas of the time take shape and form to go forth in turn and subject to their sway the intellect of man; on the other.
Freedom — that Freedom of sovereign emancipation, that Christian Freedom of well-ordered self-development, which determine the actions, the strivings of the human spirit, even as they control imperceptibly the march of Science. While the present volume is connected with this chain of profound problems, it becomes, itself, a representation of the intellectual life of our day, with its far-reaching philosophical questions, its forces of struggle and opposition, its dangers, and deep-seated evils.