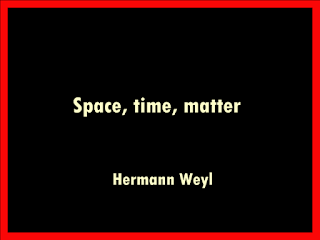 EINSTEIN'S Theory of relativity has advanced our ideas of the structure of the cosmos a step further. It is as if a wall that separated us from Truth has collapsed.
Wider expanses and greater depths are now ex- posed to the searching eye of knowledge, regions of which we had not even a presentiment. It has brought us much nearer to grasping the plan that underlies all physical happening. C Although very recently a whole series of more or less popular introductions into the general theory of relativity has appeared, nevertheless, a systematic presentation was lacking. I, therefore, considered it appropriate to publish the following lectures which I gave in the Summer Term of 1917 at the Eigen.
Technische Hochschule in Zurich. At the same time, it was my wish to present this great subject as an illustra- tion of the intermingling of philosophical, mathematical, and physical thought, a study which is dear to my heart. This could be done only by building up the theory systematically from the foundations, and by restricting attention throughout to the principles.
But I have not been able to satisfy these self-imposed requirements: the mathematician predominates at the expense of the philosopher. ) The theoretical equipment demanded of the reader at the outset is a minimum. Not only is the special theory of relativity dealt with exhaustively, but even Maxwell's theory and analytical geometry are developed in their main essentials.
This was a part of the whole scheme. The setting up of the Tensor Calculus by means of which, alone, it is possible to express adequately the physical knowledge under discussion occupies a relatively large amount of space. It is therefore hoped that the book will be found suitable for making physicists better acquainted with this mathematical instrument, and also that it will serve as a textbook for students and win their sympathy for the new ideas.
My endeavour in this third edition has been to attune this harmony more perfectly. Whereas the second edition was a reprint of the first, I have now undertaken a thorough revision which affects Chapters II and IV above all.
The discovery by Levi-Civita, in 1917, of the conception of infinitesimal parallel displacements suggested a renewed examination of the mathematical foundation of Riemann's geometry. The development of pure infinitesimal geometry in Chapter II, in which every step follows quite naturally, clearly, and necessarily, from the preceding one, is, I believe, the final result of this investigation as far as the essentials are concerned. Several shortcomings that were present in my first account in the Matheniatische Zeitschrift (Bd. 2, 1918) have now been eliminated. Chapter IV, which is in the main devoted to Einstein's Theory of Gravitation has, in consideration of, the various important works that have appeared in the meanwhile, in particular, those that refer to the Principle of Energy-Momentum, been subjected to a very considerable
by Hermann Weyl translated by Henry Brose.
Download  17.5 MB PDF book