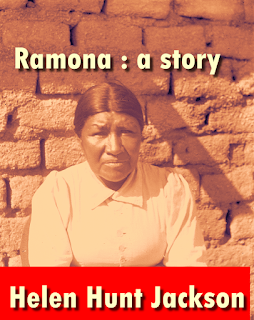 Ramona is an 1884 American novel written by Helen Hunt Jackson. Set in Southern California after the Mexican–American War, it portrays the life of a mixed-race Scottish–Native American orphan girl, who suffers racial discrimination and hardship. Originally serialized in the Christian Union on a weekly basis, the novel became immensely popular. It has had more than 300 printings. and been adapted five times as a film. A play adaptation has been performed annually outdoors since 1923.
The novel's influence on the culture and image of Southern California was considerable. Its sentimental portrayal of Mexican colonial life contributed to establishing a unique cultural identity for the region. As its publication coincided with the arrival of railroad lines in the region, countless tourists visited who wanted to see the locations of the novel.
-Wikipedia
Download Ramona: a story ( 1885) novel by  Helen Hunt Jackson PDF ebook