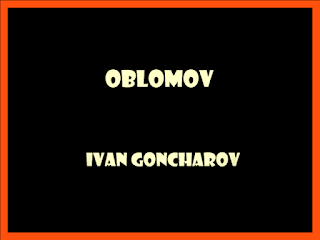 Oblomov is one of the greatest Russian classics and has never before been translated into English. It constitutes a study of a perfectly new type in Russian fiction of a man who, though plunged in a slough of apathy from which nothing can arouse him, is yet a man of fine and noble instincts. What he utterly lacks and is ruined by, is his total lack of willpower.
Maurice Baring says: " In Oblomov Goncharov created a type which has become immortal, and Oblomov has passed into the Russian tongue, just as Tartuffe has passed into the French language, or Pecksniff into the English tongue."
A declining nobility, harassed by energetic citizens. The characters in the novel represent the people we meet in our daily lives. Busy Stolz, lazy Oblomov, obstinate servant Sachar, false Tarantjew. The book is both magical and tragic. It also offers funny parts. Anyone who can get used to occasionally somewhat outdated formulations will find a real treasure here. It´s not only Oblomov that is remarkable here, but especially the design of Olga, which is plunged into a serious identity crisis as a result of her efforts to bring about Oblomov.
Download